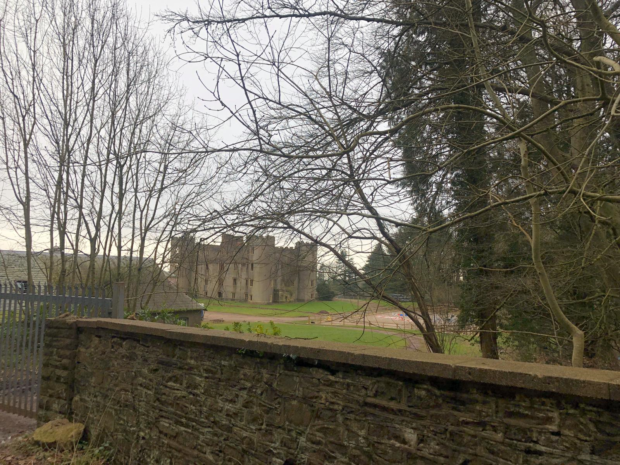 Plans to turn parts of the Ruperra Castle estate near Caerphilly into apartments have been met with anger by local groups.

The private owner of the castle, Mr. Al Khafaji, has submitted proposals to Caerphilly Council to convert the stable buildings into eight apartments.

But the plan does not include any money to renovate the collapsing castle itself.

Mr Al Khafaji sees the application “as a means of injecting life into the castle grounds while bringing the stable block back into refurbished condition.”

But Chairwoman of the Ruperra Castle Preservation Trust, Kay Powell, said: “We feel that the castle and the estate are very important to Wales and Welsh history and deserve better than a piecemeal development of one bit at a time.”

Wayne David, MP for Caerphilly and President of the Local History Society, told CJS News: “I’m approaching CADW for advice to see if anything can be done about the outbuildings​.

“I would hope that the local authority before it decides to give planning permission will see if there’s any possibility of preserving them for the benefit of the community as a whole.​

“That’s a bigger issue, clearly we have put the argument forward for some time for the castle to be brought into public ownership and resources spent on it but now that’s not happening​.

“The best hope is to maintain or keep the outbuilding in its integrity to stop it falling down​.”

But Michaelston-Y-Fedw Community Council approve of the idea in principle.

Councillor Nigel Hallett said: “As I understand the planning proposal, here’s somebody who is going to put some money into it [the castle].

“And if he does that and the manages to save, say, the stable block, then I find it hard to see what the problem would be with that.”

Caerphilly Council are still yet to comment on whether the application will be given the go-ahead.