Angry residents have allegedly put up their own road signs in a bid to stop other people parking outside their homes.

The ‘Residents-Only Parking’ signs on Phoenix Way, in Birchgrove, have been nailed to the street’s name.

The road has no parking restrictions and drivers living outside the area use it while visiting shops on nearby Caerphilly Road.

Fenella Bowden, Independent councillor for Birchgrove and Heath, said the situation was not “pleasant” for residents.

Peter Watson, who lives on Phoenix Way, said: “There are a lot of cars that don’t belong here. There is a white van that’s been parked here for months, and loads of other cars which I do not know who they belong to.

“Phoenix Way is a narrow road and with the cars parked on both sides it’s very difficult to get passed.”

But Bryan Cairns, who lives in Rhiwbina, regularly parks his car on Phoenix Way and said: “I don’t think of the local residents when parking my car. I just assumed they have their own parking facilities.”

Cars are also left on the street overnight. 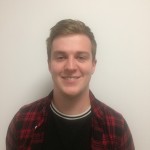