Campaigners in Cardiff say more needs to be done to make people aware of the dangers of living with diabetes.

The latest figures from NHS Wales show there has been a 46% rise in the number of cases of diabetes in the last 10 years.

The charity says improving awareness of diabetes is a major challenge: “Unless we act, and urgently, the prevalence of type 2 diabetes in Wales will continue to rise. We must tackle this epidemic to stop more people developing the condition in the future,” a spokesperson said.

Type 2 diabetes accounts for 90% of the cases in Wales. Public Health Wales say one of the main risk factors is being overweight.

In type 2 diabetes, the body does not produce enough insulin – or the insulin does not work properly, leading to a build-up of blood sugar.

Type 1 diabetes occurs when the body attacks insulin-producing cells, meaning no insulin is produced. Both types can lead to a range of serious health problems if left untreated.

Ros Martin was diagnosed with type 1 diabetes as a young child. She said daily life could be a challenge: “There are so many things affecting diabetes, and they are not as simple as just food and insulin. There are a huge amount of factors affecting blood sugar levels, so what works one day might not work the next.”

In recent weeks, campaigners have stepped up efforts to raise awareness. Ash Lister is a Labour councillor for Grangetown ward in Cardiff, who recently carried out a sky dive to raise money for Diabetes UK Cymru.

Mr Lister said: “I represent an area which is extremely diverse, and some of the communities in Grangetown are more prone to type 2 because of their diet. It’s not a criticism of culture, but it’s about making it as healthy as possible and giving people as healthy lives as possible.” 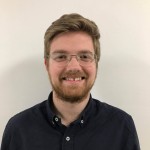