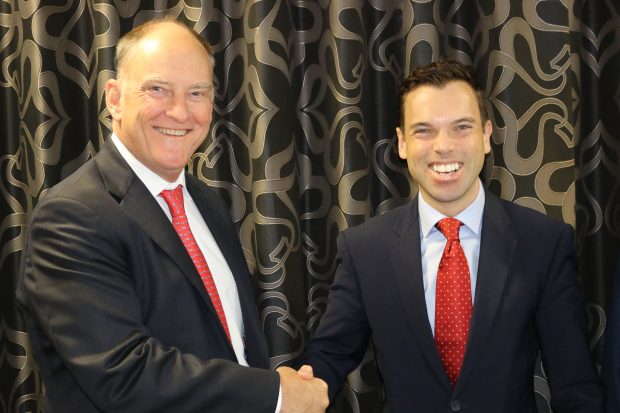 The Welsh Government have given the go ahead to the Cardiff Parkway development at Saint Mellons, with work due to begin in 2020.

The development includes a new train station and up to three million square feet of office space, with the potential of creating 5000 new jobs.

It is understood that the Welsh Government, who are investing £5m into the scheme, will have a 10% equity stake in the development.

Economy and Transport Secretary, Ken Skates, says the project is an example of Government working with the private sector to deliver in terms of infrastructure, as well as creating high quality jobs.

“As well as the obvious day-to-day benefits for commuters, this will also help to manage congestion and reduce air and noise pollution in central Cardiff whilst dramatically improving access to public transport for those in the Saint Mellons area.

“It really is a development of huge potential”.

However, there have been calls for developers to amend their plans amid concerns that the station can only be accessed by car and not by cyclists.

Liberal Democrat Councillor for Pentwyn Emma Sandrey welcomed the development, but says concerns around so called ‘active travel’ access must be addressed.

“As with a lot of these things I think it is quite easy to have ambitious plans, but it’s making them come to fruition that can be quite difficult.

“My key concern is ensuring that the active travel infrastructure, and the public transport infrastructure, are integrated from the beginning, so that we don’t have a situation where we are just creating a massive car parking site.

“I think they key is seeing what actually happens as a result of the plans, seeing how they’re actually implemented, and how they’re used afterwards.

“I think it’s promising, I’m just keen to ensure that the attention to detail is there”.

The developers intend to submit a planning application in the summer, with works due to be complete by 2022.