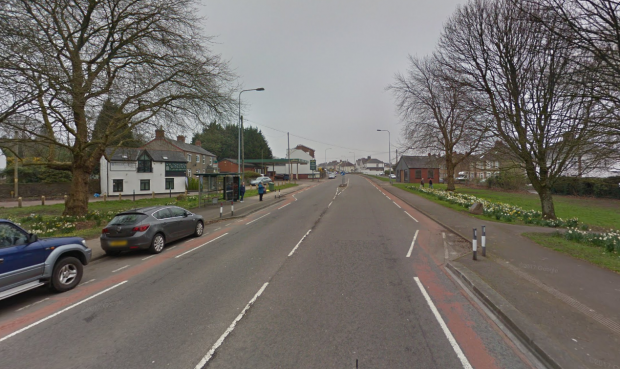 The local Conservative Councillor Mike Jones-Pitchard says his colleagues put forward the idea at the weekend, after residents expressed concerns about road safety in the area.

A ninety-four-year-old woman, who has not been named, was hit by a police van when crossing Methyr Road on Saturday evening. She died in hospital the following day.

A local resident said it “raised again with me and a number of neighbours that there is just not a safe place that you can cross [that section of road]”.

An investigation into the crash has been launched by the Independent Office for Police Conduct.

But Whitchurch residents say they have been worried about dangerous levels of traffic for many years.

Abigail Gibbins, who lives off Merthyr Road, says she raised safety concerns with councillors in the past, but no action was taken. She wants a pelican or zebra crossing to connect the paths on Whitchurch Common, which the road cuts through.

This would sit between a pedestrian crossing further down the road in the common, and a small island close to where the crash happened.

Complaining about the road, she said: “Traffic in Whitchurch is just getting worse and worse. When this accident happened on Saturday evening the traffic through the estate was absolutely horrendous.

“They need to look at the whole traffic management system in the local area to see if they can improve it and make it safer for the children.”

A petition by local residents about the issue is due to be launched this week.