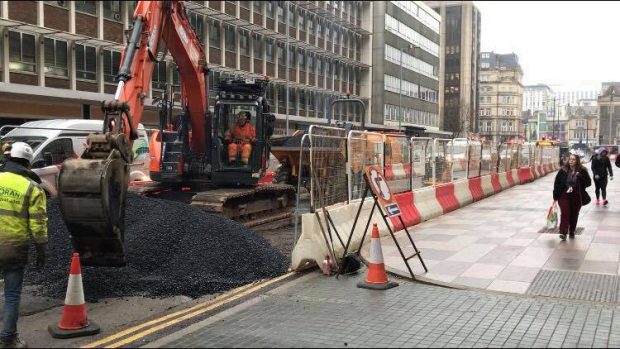 The closure of Wood Street pavement is putting pedestrians at risk, according locals who use the road.

Nick Levey lives in Grangetown and regularly uses the road to get into town. He’s said “The first time I came down here after pavement had been closed with my two daughters, we followed the signs and found ourselves walking in the street it’s only when we returned that we realised that we should have been on the other side of the road”.

Originally, Cardiff Council said there road safety team had assessed the signs and decided they were clear enough. After further criticism on Twitter, they’ve said they’ll be sending someone down to check the area again later this week.

Mr Levey says that the signs are not stopping pedestrians from walking in the road. “I think the signs just need to be clearer, maybe signs saying don’t walk on the road. I think it may be possible to open that pavement”.