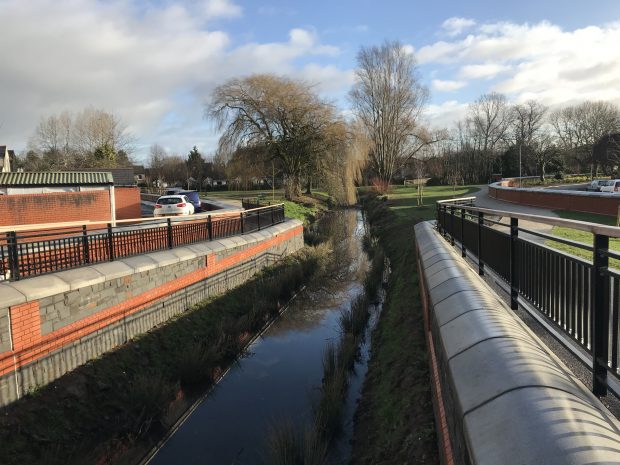 Roath residents say the decision to postpone the final phase of the flood scheme in the area is a positive step forward.

The final phase of the scheme, which is particularly controversial, would include the enlargement of the brook’s channel flowing through Roath Brook Gardens and Roath Mill Gardens and the building of new low walls in the parks where necessary.

Local residents opposed to the scheme are upset by the damage it has caused. Forty trees on the banks of Roath Brook would be felled if the third phase of the work went ahead.

David Ravenhill, who’s 68 and has lived in the Roath area for 14 years, says the impact of the works has affected “a lot of people” living nearby.

“I was in tears about and I was down for ages.  I’ve had to take antidepressants because I was so upset about what happened here”. Mr Ravenhill says he’s “cautiously” optimistic that the work may now not go ahead.

Natural Resources Wales, the organisation responsible for the scheme voted to review the final plans separately to the work it has already carried out yesterday.

No-one from the organisation was available for comment today, but in a statement they said:

“Decisions supporting our original proposal were not made lightly. We’ve spoken directly to the people at risk and they have mixed views about whether the work should continue. We’ve worked closely with the campaign group throughout the review so far and listened to their concerns, and we propose to continue with this approach. Liam Fisher, who started the online petition against the flood scheme, told CJS News he was “delighted” with the decision to review all the options available for the area after over a year of campaigning.

He said that the work already carried out in Waterloo Gardens had left the area “soulless”.