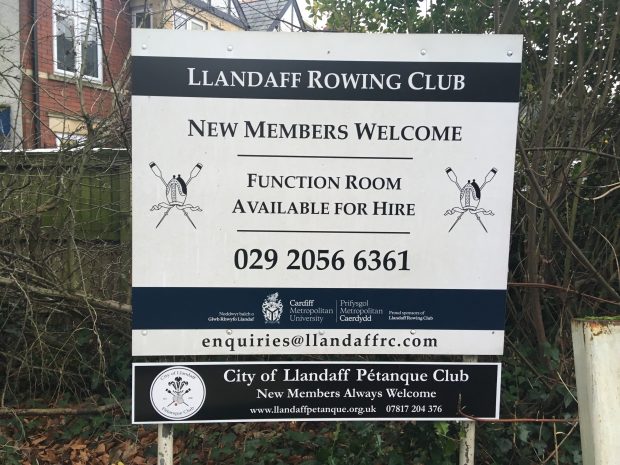 Cardiff Council are discussing plans with Llandaff Rowing Club about how to develop the site to allow the funerals to be held there.

The club is considered to be the best site available in Cardiff because of its easy access and parking.

Trevor Wing, the club’s chairman, is meeting with the council tomorrow, on Wednesday the 12th of December, to discuss the details of how the arrangement would work.

The plans would include building a new landing stage which could be used for the funerals and by the rowers at the club.

Mr Wing says  their current landing stage was built after World War Two and is in dire need of replacement. He says they have been “constantly repairing it since the floods”. The council are considering part funding the development  , as part of their potential deal with the club.

It’s not been possible to hold ceremonies in Cardiff until now because there’s nowhere in the city with clear access to running water – which is a requirement for both Hindu and Sikh funerals.

The Hindu and Sikh communities have visited the site and Mr Wing says that both groups have given it the ‘thumbs up’ as a venue for the ceremonies.

Cardiff Council has an obligation to provide a site for these funerals, and the rowing club could be the first official one of its kind in Cardiff.

The decision is going to be finalised this week, but will need to be run past the rowing club as a whole.