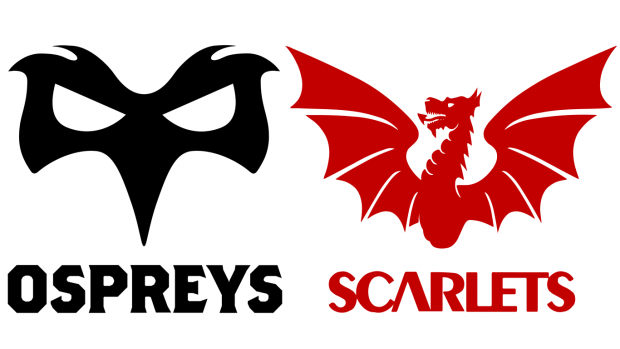 Update (14:35) – The Welsh Rugby Player’s association has expressed concern over the proposed merger and called on the WRU to protect players’ livelihoods.

In a statement their CEO, Andries Pretorius, said:

“This is an incredibly challenging time for players, who clearly are vital to the success and future of Welsh Rugby.

“We are told the game is not sustainable in its current form in Wales and major changes are needed. In the face of that uncertainty over the course of this season, players have responded incredibly constructively, giving their all for their Regions and our Country, and recognising the need to play their part in a healthy future for our sport.

“But with such a seismic change seemingly now proposed for our professional game we are deeply concerned about the impact it will have on the livelihoods of players and their families.

“Fans will be reeling right now about the future and two Regions merging will see a great many talented players need to uproot themselves and their families to leave South and West Wales. We call on the PRB to recognise their duty of care and join us in supporting players, while ensuring none are forced out of the game altogether.

“It would also be terrible for players, fans and our sport to lose Welsh talent to clubs in England or France who are offering the security players need in their short playing careers.

“We can only hope that Project Reset will enhance our game in Wales, but it has thrown up far more questions than it has answered so far and could the timing of all this be any worse? I’ve had countless players reach out for support and raising justifiable concerns. This is all taking a massive toll on our boys and they need some real certainty and quickly.

Players across the four are concerned that there has been no consultation in relation to the proposed merger and the establishment of a Northern Region, and therefor a lack of recognition of them being a key stakeholder in the future success of Rugby in Wales. Currently there is no player voice on the PRB despite repeated request for such representation. There is a dire need for urgent and meaningful consultation with the player group as currently players are faced with a lack of clarity, a void of information and in many cases misinformation. This situation can not continue.”

A “longstanding benefactor”, Mike James has invested substantial amounts of money into the club. He’ll be replaced by fellow Ospreys benefactor Rob Davies.

“None of us doubt that regional rugby requires restructuring in order to ensure the long-term sustainability of the game.  The way in which this has been handled however is nothing short of chaotic, resulting in a fatal combination of uncertainty, conjecture and insecurity now hanging over regional rugby’s future.

“To methodically, rationally and impartially map out the future of regional rugby is one thing, to fatally wound it with an ill-judged, cavalier process is another.  We now have the worst of all worlds – a lack of clarity, a lack of transparency and a total inability to plan ahead.  We can no longer make sound rugby or business decisions and nor can our players or commercial partners.  Project Reset has become Project Inept.

“I cannot and will not be a party to this level of catastrophic mismanagement and today I’ve make the decision to stand down as both chairman and a director of the Ospreys, surrendering my position on the PRB.

“The only responsible way forward is to now accelerate the plans for a holistic and meaningful restructuring of the game, not delay them or force asymmetric outcomes to emerge.  Certainty has to be restored to the game and quickly.  The restructuring process itself has to be revisited, with appropriate checks and balances, independent oversight and transparency.  We already have so many disadvantages in keeping pace with the professional game, we don’t need more.”

12:30 – Meanwhile, Wales have named their team for the forthcoming Six Nations game against Scotland on Saturday.

09:00 – The future of the Ospreys and Scarlets will be decided today.

Ospreys, based in Swansea, and Scarlets, based in Llanelli, have had a long running rivalry, and have been two of the top performing teams in Wales since the start of regional rugby in 2003.

The WRU haven’t commented on the plans since January, when they said that nothing was off the table and they would not avoid making tough decisions.

See below a brief update from our meeting this evening … pic.twitter.com/24f60f9ZgD

In a statement released yesterday, the Joint Supporters Group, which represents the supporters organisations of all Welsh Rugby regions,  said they’d had an “open and frank” discussion about the plans with WRU and PRB representatives.

Six Nations: Biggar in contention to play against England