Elderly people could find it hard to cope with changes to glass recycling in Cardiff according to a local councillor.

Cardiff Council is suggesting householders should be given an extra box for glass. Currently all recyclable waste goes in one bag.

Rhiwbina and Ely would be pilot areas for the scheme. But Conservative councillor Jayne Cowan, is worried boxes will be too heavy for some people.

She said: “I have got grave concerns. Rhiwbina has the oldest population in the city. They’re going to expect people to carry these large receptacles full of bottles throughout the house and any distance. I don’t think the council have thought this through properly.”

A Cardiff Council spokesman said they had put aside money for “proposals within the waste strategy.”

A decision on whether the pilot will go ahead is expected to be made next month.

The Welsh Government has set councils a target of a 70% recycling rate by 2025.

Other south Wales councils including Newport and Bridgend already have glass separation schemes in place. Both have a higher recycling rate than Cardiff according to Welsh Government information.

Julian Rosser from Friends of the Earth Cymru said separating glass has many benefits: “The better that we separate our waste at home, the better recycling can go on at centres.”

He explained this would create higher-quality recycled glass products which would raise more money for councils to invest in services.

Cardiff resident Stephen Sweetman is an avid recycler but said bags would be better than boxes.

He said: “I love recycling. The idea that stuff isn’t going to landfill really pleases me. If they’re going to have glass separated we should have a bag similar to the one used for garden waste. They’re really tough, really hard to rip so if glass did get broken the council workers still aren’t at risk. It would be far better, much lighter and probably cheaper.” 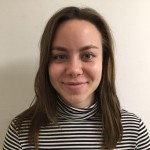