A homeless charity has criticised the council for using so-called “anti-homeless” benches throughout the capital’s city centre.

Boomerang Cardiff said metal bars across the seating is designed to put off homeless people from lying down.

Boomerang’s founder Paul Gwilym told CJS News: “I think it’s disgusting that someone in the local council has sat in a nice cosy chair and decided ‘let’s put these anti-homeless bars in place’.

“People are so far fetched from reality it’s unbelievable.”

Recent figures from Rough Sleepers Intervention Team (RSIT) said there has been a 44% increase in rough sleeping in Cardiff compared with the end of 2016.

Councillor Lynda Thorne, Cabinet Member for Housing and Communities, said: “The notion that the Council is buying benches with features designed to stop rough sleepers using them as beds is frankly ridiculous.

“What’s important in all of this is getting rough sleepers off the street, not worrying about whether lying on a bench is better for someone than lying on the floor.” 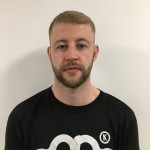