Changes to the speed limit on one of the busiest commuter roads in Cardiff has continued to cause confusion for drivers.

The original speed limit on a section of Manor Way in Heath has been cut from 40mph to 30mph as new bus lanes have been put in place.

But drivers have complained the change is not obvious because they say there are no clear signs.

Cardiff Council could not confirm if new 30mph limit signs would be put up.

Resident Nigel Jones said: “Unless you actually live around here you don’t know it’s exactly 30mph. If you’re just passing through you’d think its 40 as it’s been 40 for so long.”

She added it is particularly important to ensure the 30mph speed limit is enforced when “roads are getting narrower to accommodate the bus lanes … because it’s quite easy to clip the wing mirror or side of another car”.

The new speed limit has not yet been enforced, but South Wales Police has been contacted for a comment. 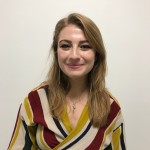