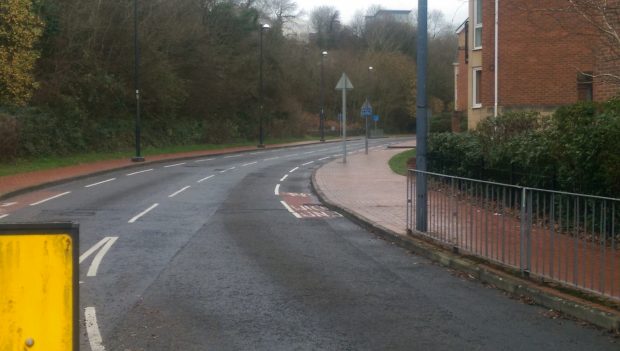 Penarth Town Council have sent a request to Penarth police for the town’s first speed cameras.

The move comes after a speed survey found multiple residents complaining about the frequent speeding drivers along Terra Nova Way.

Local resident Laura Deininger said she has stopped walking her dog along the road because of the danger, and that it’s “becoming more and more of a problem as time goes on.”

The Town Council have endorsed the proposals from Councillor Gary Allman, requesting the installation of an average-speed camera system that would measure the time cars enter and exit the road.

The Town Clerk will write a request to South Wales Police to proceed with the installation of the cameras.

But some residents have expressed doubts as to how serious the problem really is.

Laura Dunn, who lives on Terra Nova Way said that she was “Not sure it was that bad.

“I notice the speed but I’m not sure if putting cameras down is the way to go.”

Dominic Heard, who also lives in the area, said that he hadn’t noticed anyone speeding that fast down the road.

In response to other residents’ complaints of dangerous around the area, which is next to Penarth Marina, he said that “there’s better ways than speeding cameras [to stop speeding].

“I don’t necessarily think speed humps are the right thing, but there’s ways to educate people and improve people’s knowledge of what’s happening rather than putting speed cameras or humps in.”