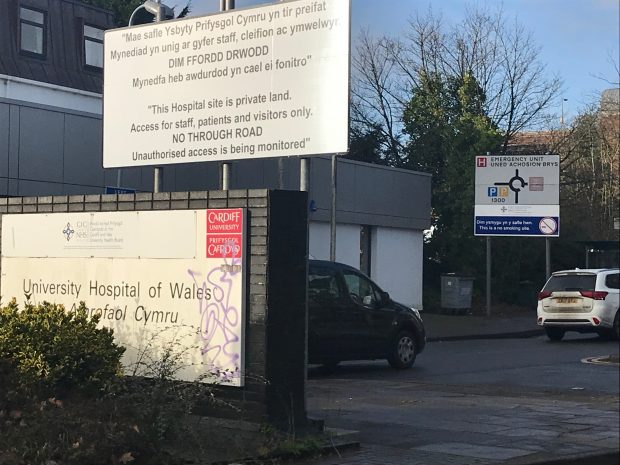 Wales’ busiest hospital could be rebuilt under plans to shake up health care services.

The University Hospital of Wales (UHW) was built in 1971.

The health board want to build a new hospital which would take over some acute critical services currently being provided at University Hospital Llandough, to the west of Cardiff.

The health board’s plan is designed to help them cope with the expected rise in demand for health care services because of a rapidly ageing population.

The new proposals were presented to the community health council yesterday and a spokesperson said the group was “excited” at the prospect of a replacement for the current hospital, which he said was “showing its age”.

Abigail Harris, executive director of strategic planning, told the BBC it is “generally recognised that the main building is no longer fit for purpose”.

The health board hopes that in the future most people would be cared for either in their own homes or in primary care and community facilities.

Age Cymru, the charity for older people, welcomed the opportunity to “redesigning the hospital around the needs of older people” and bringing services closer to home.

Valerie Billingham, Head of Policy and Campaigns said: “We agree more investment is needed in the community and we believe older people, who are the biggest users of NHS services, are better served if they have access closer to home.”

But there is doubt over whether or not UHW will be rebuilt on its current site as there are long-standing concerns over traffic congestion in the Heath area of Cardiff.

Mrs Billingham said: “Some sites can be a bit of a rat-run and if that is an issue on a hospital site then we would be very concerned about older people who are frail, who have visual impairment trying to negotiate though traffic and that can be quite scary.”

The Cardiff and Vale University Health Board have appointed a senior member of staff to work on plans to replace the aging building.