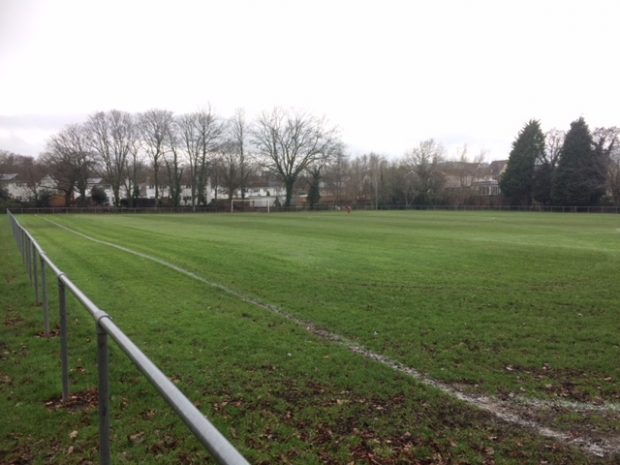 Caerphilly Athletic Football club has been denied promotion to the Welsh Football League after its facilities were classed as unsuitable.

After six promotions since they were founded in 2007, the team are currently third in the South Wales Alliance Premier League and are on course for promotion next season.

But according to the Welsh Football League, club facilities must include a permanent, fully-covered stand with a minimum capacity of 100 spectators as well as adequate changing rooms, toilets and hospitality facilities.

Club manager Luke Ganderton says he’s worried the club will lose players if they can’t get promoted. He says, “We most probably would lose about five or six players.

“The simple fact is, the players I’ve got at the minute are much better than the level they’re at and I think they want to move on and get better in their careers”.

Plans to share facilities with Caerphilly RFC at Virginia Park have fallen through so Caerphilly Athletic are looking for other ways to find the grounds they need.

Mr Ganderton hopes the council will be able to help.

But Plaid Cymru Councillor Jeffrey Grenfell says, “The council’s budget is tight at the moment, everybody’s looking for the last penny.

“So it’s important that they try and pursue the right avenues of the council and fight their cause”.

In a statement Caerphilly Council says, “With the limited pitch facilities we have, we continue to look for ways we can support the clubs in securing a long term base.”

But Mr Ganderton says he’s worried a decision might come too late.

The club hopes to rally fans and the wider community to help them progress, but for now, their future is still uncertain.