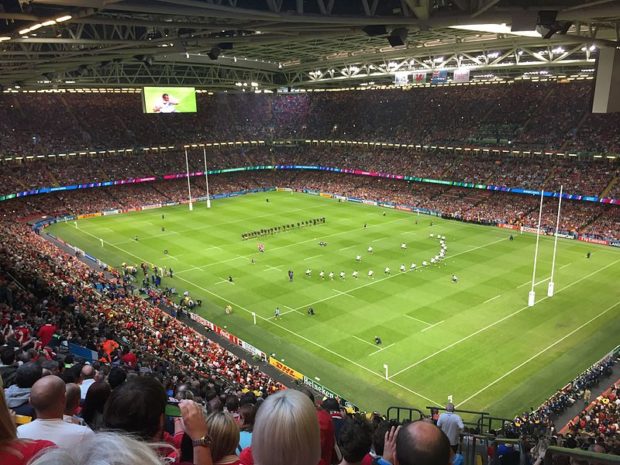 Welsh rugby fans have launched a petition calling for the introduction of a singing section at the Principality Stadium following criticism of the atmosphere at Wales’ Six Nations match against Italy on Saturday.

The petition, started by campaign group The East Terrace Society, has nearly 250 signatures.

Welsh rugby has long been associated with a world famous match day experience for fans, and the singing of songs such as ‘Bread of Heaven’ and ‘Calon Lan’ have been a familiar part of that.

Concerns have risen over the last couple of years however, with many fans fearful that the traditional atmosphere at the Principality Stadium is being replaced by drunken and disinterested behaviour.

Greg Caine from Cardiff who runs the The East Terrace Society started the petition after he noticed the atmosphere at Welsh rugby matches had deteriorated since he first went to a game in 2006.

“I think a lot of people feel this way but nobody’s really voiced it or attempted to make a collective voice out of it,” he said.

“I started The East Terrace Society with the aim of giving Welsh rugby fans, who feel a bit disillusioned with the ways things are, a sort of platform, and somewhere to discuss it and come together and give Welsh rugby fans a louder voice.”

“Everybody was coming to the bar the whole time, no one was really watching the game. I think if there was a stand for actual singing it would get everyone involved more, especially for people who only go for the atmosphere.”

The Welsh Rugby Union has been approached for comment.