The co-founder of an anti-Islamophobia group says school trips to mosques can help tackle prejudice against Muslims.

It comes after reports of letters being sent to homes in Cardiff and the rest of the UK calling for a “punish a Muslim day”.

The letters are being investigated by counter-terrorism police as a possible hate crime.

Amanda Morris is a member of the Muslim Council of Wales and also co-founded the group Avow, a women’s initiative to tackle Islamophobia.

Reacting to the “punish a Muslim day” letters, Ms Morris said: “What concerns me is that it’s spreading the idea that it’s acceptable. It’s completely dehumanising.”

Ms Morris says more needs to be done to allow schoolchildren to visit mosques in cities like Cardiff.

“Ideas are formed when people are very young. Children aren’t born with prejudicial ideas; they learn them. It would be really good if kids could come to the city and visit a mosque, or a temple, or a synagogue to hear from people who actually practice these faiths. I think that would do the world of good for children.”

Ms Morris claimed one teacher told her a planned visit to a mosque was cancelled after opposition.

“One of the teachers rang me up and said: ‘we had a visit planned, but the parents protested so we had to cancel’ – they didn’t want their children visiting a mosque,” she said. 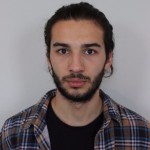