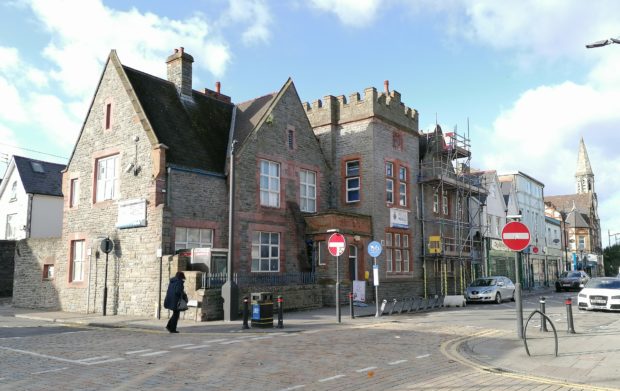 South Wales Police continue their campaign against knife crime in Roath today as part of ongoing efforts for November.

Led by Sgt Gerallt Hughes, Operation Cosmos aims to tackle knife crime in Roath, the city centre and Cathays. Today’s amnesty is one of several to give the public the opportunity to hand in any unwanted knives or sharp objects and receive advice from officers.

Police will use a combination of education and enforcement throughout November to hold daily events and activities. Patrols will target areas known to be at risk of knife or drug crime and educational workshops in schools and colleges will focus on county lines and knife crime. This includes sessions where parents can learn about the signs of knife activity and involvement in ‘county lines’, the movement of drugs from cities to rural areas for sale.

Labour Councillor for Adamsdown Owen Jones is supporting the operation and says it’s important for the police to work with schools. “Children, possibly at 14, can’t quite understand that not having a knife is safer than having a knife”, he said. “It’s not a protection device, it puts you in far more danger.”

Sgt Gerallt Hughes says that although Operation Cosmos is only for November, the activities will continue into the next month and beyond.

If you have suspicions that someone may be carrying a knife, or involved in drugs, you can contact police on 101, or Crimestoppers anonymously on 0800 555111.

Chief Constable of South Wales Police: We are ready for Coronavirus