An alcohol charity has said the convenience store Spar is taking the wrong approach to street drinking.

Alcohol Concern has said breathalyzing customers who they think have drunk too much does not tackle the issue.

Two Spar stores in the city centre will refuse to sell alcohol to customers over the legal alcohol limit.

South Wales Police said the scheme is part of Operation Purple Ash which aims to clamp down on anti-social behaviour.

As part of the police-led operation to clampdown on begging, street drinking and anti-social behaviour, two Spar shops are breathalyzing customers who try to buy alcohol. If the customers are considered too drunk, they will be refused sale.

Andrew Misell, the director of Alcohol Concern Cymru, said Spar has taken an ‘interesting approach’. The charity are worried that the new operation undermines the mental health issues that are attached to street drinkers.

“If it’s just the group of drinkers outside Spar that is the problem then breathalyzing them is only tacking the symptoms, you need to spend time talking to them about why they drink. People have a lot of complicated reasons why they have turned to alcohol, we should help them.”

As part of the crackdown South Wales Police has arrested fifteen people for anti social behaviour.

“Complaints from visitors, residents and businesses around the number of people begging and undertaking alcohol related anti-social behaviour within the city centre have increased in recent months. Such behaviour can prove intimidating, unpleasant and unwelcoming to those visiting or working in the area…Two Spar shops in the city centre, concerned by the rise in street drinkers, are using hand-held breathalysers to assist in refusing to serve intoxicated customers.”

But Alcohol Concern say that the street drinkers don’t cause any serious harm and that the best way to tackle the issue is to help, rather than restrict their ability to get hold of alcohol. 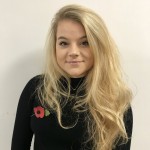