Cardiff University lecturers have rejected a offer reached by university union leaders and employers to end the pensions dispute.

It means the strike will continue which could further disrupt final exams and assessments in the summer term.

Universities and College Union (UCU) leaders had agreed a deal with employers last night to end the UK-wide dispute.

Cardiff lecturers, who have held a series of strikes during the last four weeks, voted unanimously against accepting the offer this morning.

The strike action for this week remains on and the UCU has threatened a further 14 days of strikes between April and June.

A spokesman for the Universities and Colleges Union and Cardiff University lecturer, Andy Williams said lecturers have received support from students.

Mr Williams said: “Today because of this shoddy deal that was offered we have had new members join, new picket lines starting outside buildings where there have not been picket lines so far. The scores of messages of support from the students who have been absolutely diamond in supporting us so far gives us renewed optimism that they will see this not as a real deal but as a further attack on our pensions.”

Many students have attended rallies in support of lecturers, but more than 10,000 students in Wales have signed petitions to get compensation from universities for missed lectures and seminars.

New talks would still have to happen in 2020. 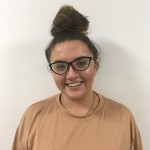