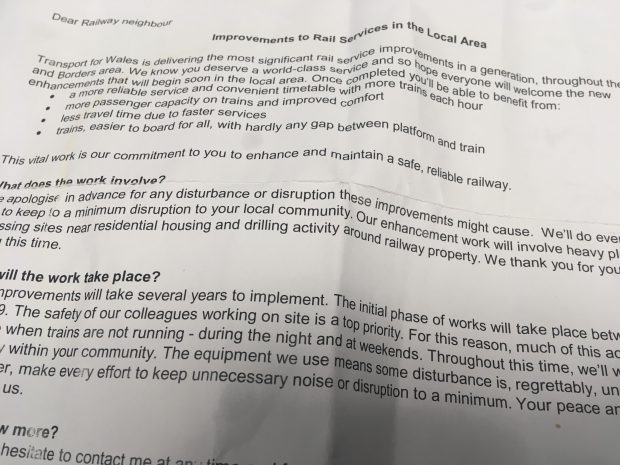 This follows a complaint about a letter which was sent out in English only. The letter was about improvement works that will be taking place across Cardiff over the next few years. It was sent to homes near railway lines in the city and across the region.

In Wales, public bodies are legally required to treat Welsh and English equally.

The letter also breaches TFW’s own policy which says “circulars and standard correspondence will usually be issued bilingually”.

Amy George lives in Cathays and speaks Welsh. She was “shocked really, from my knowledge of doing a welsh degree I know that it’s very much against the law  . . .  I’m just overall shocked and disappointed really. I’m not happy with the response from Transport for Wales”.

After tweeting TFW about the issue, the Welsh Commissioner’s office got in contact with Miss George and have now taken the matter forward.

In a statement, TFW said “We are fully committed to communicating with all of our customers bilingually. Owing to an isolated administration error, a letter did go out without the Welsh translation we had requested. We will be looking into this matter to ensure it does not happen again and we apologise for this.”