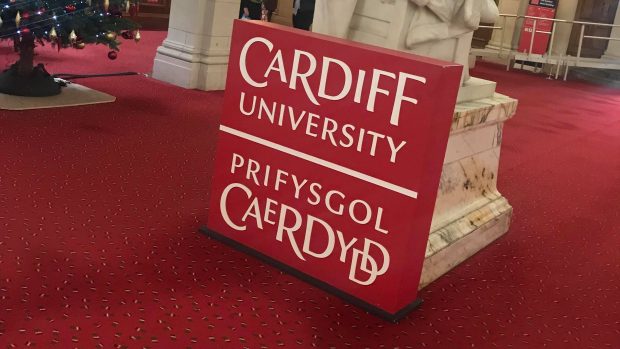 Trade union representatives are “gravely concerned” at the prospect of compulsory redundancies at Cardiff University in a bid to tackle their £21m deficit in the wake of funding cuts and rising costs.

All 7000 university staff have been offered voluntary severance, but the university refused to rule out compulsory redundancies.

In a joint statement, the Cardiff University trade union branches of Unite, Unison, and UCU said that redundancies have become “a reflex reaction, rather than an option of last resort.

“We are also gravely concerned that the proposed severance scheme will cause inequality and division among our already demoralised members”.

Dr. Andy Williams, of Cardiff University and College Union, said “sustained mismanagement” is to blame for the deficit.

“There seems to be no accountability at the top, we’re the ones that suffer every single time.

“The morale among staff at Cardiff University is at rock bottom.

“Industrial action is something we are planning on. We are taking action at the moment to ensure we are in a position to strike, if compulsory redundancies are announced later in the new year”.

In a statement, Cardiff University said it was a time of “unprecedented disruption and financial constraint”.

The move comes as a consequence of a funding cut from the Higher Education Funding Council for Wales (HEFCW) of £11m, as well as increasing staff costs and no increase in tuition fees.

A Cardiff University spokesperson said: “We continue to consider all options to ensure redundancies are avoided but they cannot be ruled out.

“The Voluntary Severance Scheme (VSS) is an entirely voluntary scheme and is one of a number of responsible measures being undertaken or considered by the University to bring it back to surplus in 2019/20 under the University’s Transforming Cardiff programme“.