A ban forcing cab drivers to replace their pre-tinted Hackney cab windows has been lifted.

Cab drivers have been campaigning for the ban to be reconsidered since it was put in place in November 2018. They were initially told in July of that year that they would be allowed to operate with the tinted windows, but the council reversed its decision. There was a meeting today at 10am between Cardiff’s Council’s Public Protection Committee and Cardiff Hackney Alliance, which is part of Unite the Union Wales on the issue.

The ban has been effectively lifted as the council will put into place an amendment which permits drivers to use the cabs with the factory installed tinted windows without any alterations.

The ban was put in place by the council due to fears for passenger safety. The ban has cost cab drivers up to £2,000 as the windows in the new low-emission Hackney cabs require specialised replacements. South Wales police said at the time that tinted cab windows did not pose a serious safety concern for passengers.

Unite Wales celebrated their victory on twitter but whether this puts riders safety at risk is hard to determine.

This not only lifts a financial burden off but cab drivers will be hopeful this will draw a line underneath the issue that has been going on for more than a year. 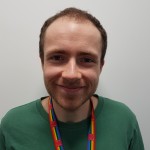