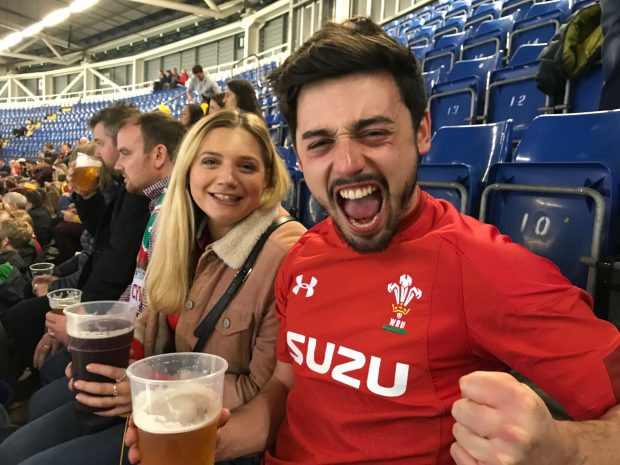 With an estimated 275,000 rugby fans flooding into Cardiff this weekend, the city’s transport network will be under pressure.

Ireland can still win the Six Nations after their bonus-point win over France, so Cardiff is also expected to host thousands of Irish supporters.

As a result the city’s trains, buses, roads and airports will come under significant strain. With a range of travel advice being issued, here’s everything you need to know about getting into the city and getting home. Transport for Wales have warned that all trains around Cardiff will be very busy all day. Fans should travel into the city as early as possible and pre-book tickets.

There will be a queuing-system in place at Cardiff Central after the match. Fans could be waiting for up to 90 minutes.

Bus routes that go through the city centre will be diverted between 11am and 6:45pm. Travellers can expect disruptions and changes to all city centre bus stops.

Cardiff Bus say the X59 Park and Ride East service to and from the city centre will stop at Dumphries Place. It will run all day.

The X59 Park and Ride will be running all day.

For vehicles there will be a full city-centre road closure between 11:15am and 5:45pm on the following streets:

There will be partial closures on these roads:

Other streets around the city centre may be closed or controlled throughout the day and Cardiff Council say road closures may be extended if there are safety concerns.

Over the next few days an extra 50 flights will operate between Ireland and Cardiff Airport, bringing 3500 Irish fans into the capital.

Shuttle buses from the airport to the city centre will be running, but taxi services will likely be disrupted on game-day.

GETTING INTO THE STADIUM:

The Principality Stadium has warned fans to arrive at the stadium at least 90 minutes before kick-off to avoid missing the beginning of the match. Enhanced security measures will be in place, so fans should expect queues. Click here for security advice.

Gates will be open from 11:45am and fans can watch Italy take on France on the stadium’s big screens. The demolition of St David’s House on the corner of Wood Street and Scott Road will be halted for the day, so fans will be able to access Gate 5 as usual. Demolition works on the corner of Scott Road and Wood Street have been halted.

There are two weather warnings in place, for heavy rain and strong winds between 4am and 9pm on game-day. The Met Office has warned the weather could cause disruption and delays to public transport.

Taxis will be in extremely high demand. St Mary Street taxi rank will close between 11:15am and 5:45pm.

Coaches to and from Sophia Gardens will run as normal according to Cardiff Council’s website.