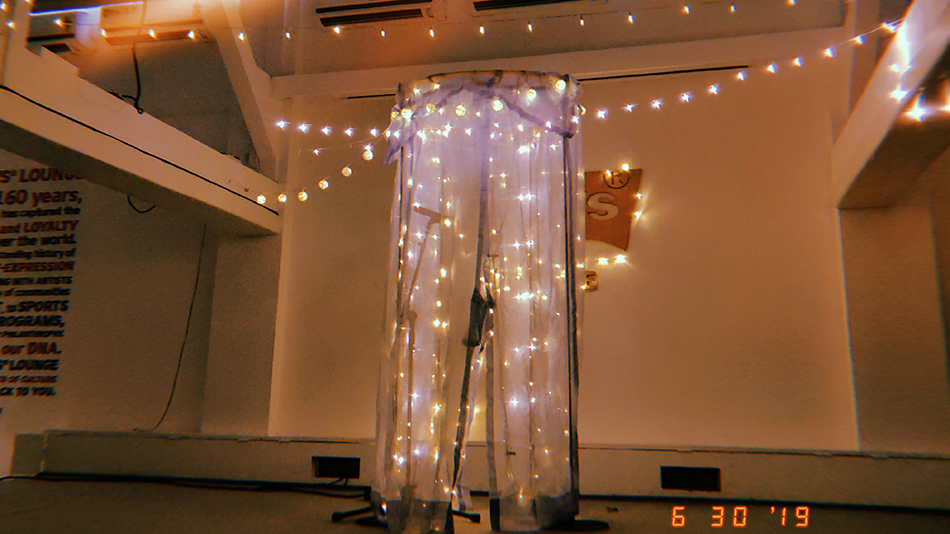 ‘In between my thighs, lies an organ that speaks nothing of me.’

Barabari: from behind the veil

As the Pride month comes to an end, a masked open mic event brings together the story-tellers from the LGBTQIA+ community.

Behind the hazy veil, covered in pretty fairy lights a melancholy voice spoke, “It only reminds me of how I have been a Roman in Rome for so long and yet, it speaks nothing of me.”

As a child, there would have been one day while playing hide and seek when you hid in an enclosed space. A place where you can hardly breathe, and you are scared to come out of it because that means you will get caught and lose the game.

This is the feeling that people from the LGBTQIA+ community have been feeling for the past few decades. Coming out of closet itself is a very difficult job. But when you are made to do it in a society that treats you like a criminal for this makes it even worse.

The Plane Jar Welfare Foundation is youth activism and outreach forums who help in raising awareness about mental health issues, abuse and homosexuality. ‘Barabari’ was a masked open mic event held by them to commemorate the ending of Pride month which is celebrated every year in June.

The masks that we wear today is not to hide our faces because we are scared, but for those people who do not have the privilege to come out safely. This is to give them a safe space.

Esha Sridhar, the founder and director of The Plane Jar Welfare Foundation

There were so many different kinds of masks all around the room. Some were covered in glitter and feathers and others were a plain solid colour. But all of them symbolized a single thing: INCLUSION.

The room was filled with around 70 people who had come to speak and show their support for this community.  These people were from different backgrounds and had gone through so many different experiences in their lives. Some shared their stories and some listened.

This event not only provided a platform for people who wanted to share their stories, but also offered help for people struggling with their sexuality. The Plane Jar Foundation offers therapy and counselling sessions for people who cannot afford it. This event was a place where anyone could go up to the core members of the team and talk to them about any kind of issues they were facing.

Harish Iyer, who is a very famous equal rights activist, shared various snippets from his life. One of the first thoughts he shared was, “Chakka (transgender) and Hijara (Eunuch) were the words that that people used to call me when I peeped out of the closet for the first time”.

He goes into excruciating details of his childhood memories, which left him tormented for majority of his teenage. His journey of being raped and abused throughout his childhood by his maternal uncle was just one of the few painful stories to hear.

“I virtually lived in a closet until the age of 18. Then I found love in the form of a dog. My dog, Jimmy.” he says.

Iyer then went on to start an NGO, named ‘The Jimmy Foundation’, after his dog. This NGO’s motto is to stand up for equality and discrimination, irrespective of caste, creed, religion, gender or species.

It is important to remember the struggle that the community had to go through over the years. They had been misrepresented and pushed away by the society they lived in. This event was held on the last day of June 2019 aka the Pride month and was a perfect way of portraying ‘inclusion’.

This event was carried forward by a number of speakers, some of them who were out of the closet and proud, and others who wanted to be heard by still remain behind the veil. But all of them had one thing in common. There was a time in all of their lives when they didn’t feel like they belong among the ‘normal crowd’.

India has always stigmatized sex and sexuality and it has always been a black or white concept. In the society, we are taught that girls like boys and vice-versa. There was no education given to anyone about the concept of Homosexuality. There was no representation in the mainstream media, and this made it a whole lot harder for the LGBTQIA+ community.

“Some years back I was living two lives: one of a stereotypical girl who abides by all the norms of the society. Second of a girl, oh sorry, a boy, trapped up inside my body.” says one of the speakers from the event, Ria Sharma who is a speaker, story-teller and an active member of LGBTQIA+ community.

There are thousands of people like Sharma out there who feel like they are trapped in their own body and cannot understand what is happening with them. They are not able to discuss these issues because the society and especially the political ideologies in India think of Homosexuality as a disease.

The Hijra (Transgender) community has been a part of Indian culture for thousands of years and people still view them as a troubled lot. They are shunned by the society every time they try to rise up and do something of their own. The society has always given them hatred and kept them on the periphery.

A vibrant and happy lady introduces herself as Nishtha Nishant. She explains saying that Nishtha loves cycling, gymming and Zumba. She enjoys dressing up and making different origami shapes is a daily ritual for her. But Nishant, he is a child sexual abuse survivor who was subjected to physical abuse, verbal abuse and negligence by his own family.

The common thing about Nishtha and Nishant is that they both are the same person. Nishant is Nishtha’s former name. Nishtha is a glorious trans woman who bravely shared her story.

“The reason they (the Hijra community) get onto trains and roam around at traffic signals is because the society never accepted them and gave them common jobs.” says Nishtha Nishant

For someone to be accepted in the society, they have to accept themselves. This is a difficult principle to follow considering how Indian society manages to stereotype people. Homophobia is one such trait. Homophobia means dislike against homosexual people.

Even though some people are likely to be progressive about the concept of homosexuality, they tend to discriminate against people who are for example, queer and Muslim or think that if you are queer and Dalit (backward ethnic minority in India) you are not important.

Discriminating against sexuality, caste, creed, religion etc. are all interlinked when it comes to a diverse country like India. Homosexuality is a concept that has been referred to many ancient mythological literatures, but still today, most Indians find it difficult to digest the fact that Homosexuality is not a disease, but a genuine state of mind and body.

Barabari was an event where behind the misty veil, in the midst of sparkling lights stood many people who did and did not wear a mask.  No one knew their nationality, religion, caste or creed. Some of them didn’t even know which spectrum of sexuality they identified as. But all of them were there for only one reason which was to tell their stories aloud.

A dainty voice from behind the veil recited a poem.

In between my thighs, lies an organ that speaks nothing of me.

That day, this person did to choose to show their face or speak out their name. But their story was told aloud. This was goal that this event wanted to achieve, and it was successful.

On that day, everyone in that room, whether they were a part of the LGBTQIA+ community or just there as an ally to show their support, came together for a wonderful cause. Such events have helped several people from the LGBTQIA+ community in India because they are able to be themselves and express their honest thoughts and feel like a sense of belonging.

You are not alone. There is an entire loving community, waiting to accept you for everything you are. Speak up, you will not regret it.

If you are out there (especially in Mumbai, India), and have no idea how to seek help, then contact The Plane Jar Foundation on their social media pages, or website. 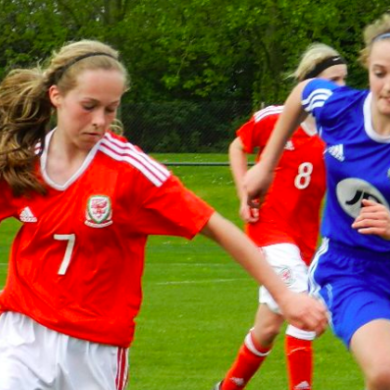