All new build homes in Wales should have solar panels installed, according to a petition discussed by AMs.

The petition is calling for a change in building regulations to make it mandatory for new homes to produce their own solar energy, in a bid to produce more energy locally.

The changes would also reduce the carbon footprint of homes and help the environment.

Current regulations mean that all new buildings have to meet certain energy requirements, like conserving enough fuel and power.

But the petition wants to take things a step further.

The petition has been backed by environmental campaigners. Fabrizio Silveri from People and Planet said: “Producing energy locally via renewable energy is a fundamental part of all carbon footprint schemes.

“Introducing this requirement for new buildings would undoubtedly help reduce the carbon footprint of housing in Wales, as well as potentially helping the Welsh economy.”

The Welsh Government has just begun reviewing how fuel and power conservation is regulated, and will begin consulting experts later this year.

Lesley Griffiths, the energy and planning secretary said last month: “The building regulations are technology and fuel neutral so we do not prescribe or prohibit any particular form of heating or energy generation. This means the emission targets we set for new buildings do not act as a barrier to innovation.

“The review will not therefore mandate a particular technology (such as solar panels), however it could, through improved emissions targets, encourage the use of renewable technologies as they become more cost effective.”

Mr Silveri said: “We appreciate the effort of the energy secretary to keep regulations as technology neutral as possible, as different areas can take benefit from a variety of energy sources like wind and water. We still hope this petition will drive their effort further towards more stringent regulations on the energy efficiency for new buildings in Wales.”

Last week California passed a similar law: starting from 2020 all new houses across the state must install solar panels. The effect will be the same as taking 115,000 fossil fuel cars off the road, according to the California Energy Commission.

Plaid AM Rhun ap Iorwerth, who sits on the petitions committee, said: “Great petition – on a personal level I sympathise greatly.”

Harriet King, who started the petition, was approached for comment. 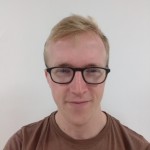