Traps that can kill birds should be banned according to a wildlife charity.

The Fauna Wildlife Rescue want the Welsh Government to prevent the use of larsen traps, which are mostly used by game keepers and small holders.

The charity says birds are caged without food or water which can cause extreme distress.

The Welsh Government has not been available for comment.

Victoria Kragiel, from Fauna Wildlife Rescue which has an online petition with nearly 800 signatures calling for the ban, said: “We have witnessed birds with broken beaks and cut heads where they have tried to escape. We have witnessed brutality, mutilation and maiming where the gamekeeper has cut wing flight feathers to stop the decoy bird from escaping.”

Larsen traps are used to catch mostly crows and magpies, and Natural Resources Wales (NRW) is responsible for issuing the license.

Campaigner and wildlife photographer Chloe Hedges: “It’s quite hateful really, and people should be looking into alternative methods to scare birds from their land, I don’t see why it needs to happen. If you ask me I don’t know why the Welsh Government haven’t already put a ban on it.”

However, the biodiversity officer for RSPB Cymru Stephen Bladwell said: “It’s currently a legal form of control that is managed by NRW, it’s legal and humane, we won’t get involved.” 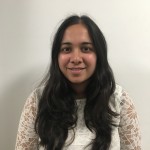