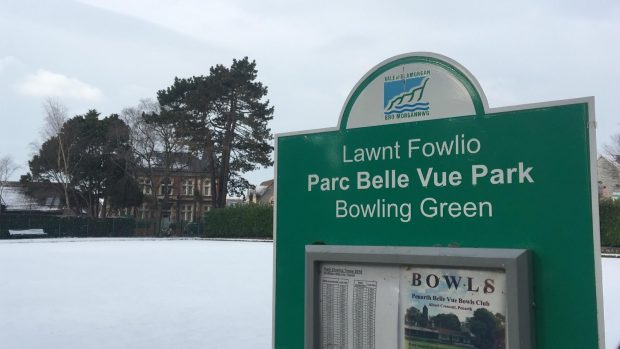 Residents are fighting to save a 100 year old pavilion in Penarth.

Vale of Glamorgan Council says they are discussing plans to re-develop Belle Vue Park with money for community projects.

The park has been designated for a redevelopment worth £680,000 as part of the council’s section 106 scheme. A 106 scheme is when new developers have to commit funds to community projects. The money for the park came from the Penarth Heights development.

But residents are concerned the plans will not protect the historic pavilion. One of the proposals is to completely demolish the site.

Anne Greagsby, a local resident, says the council has a duty to preserve the building as it’s in a conservation area.

“If we don’t preserve our past, we lose our history. Conservation is important to many people in Penarth and I think the council has forgotten that.”

The pavilion is the home of the Belle Vue Bowling Club.

Club Captain, Malcolm Thomas, welcomes the potential investment but says demolishing the building would be a loss to the community. He says a partial redevelopment would be the best option for the park.

“The old building is a character,” he says, “it’s a building the community have come to love and appreciate. It’s been here for well over a hundred years and I’d like to see it remain but with a little bit of regeneration. Incorporating the old building would be beneficial to each and everyone that uses it.”

A consultation meeting was held last night by Vale of Glamorgan council. They say the building has reached the end of its physical life.

But some residents say that a modern building would harm the character of the space.

Dogs allowed on Penarth Beach all year under new proposals