Campaigners in Barry say they will continue to fight against a decision to give the go-ahead to an incinerator in the town.

Stop Barry Burning has said it is prepared to take legal action against the plant. Among the campaigners’ concerns are noise, air quality and the effect on health.

Plaid Cymru councillor Ian Johnson said residents feel like they have been “kicked in the teeth” by the decision.

Natural Resources Wales (NRW) said there were “no defensible grounds” to refuse the incinerator, which will be burning non-hazardous wood if plans go ahead.

Biomass UK No 2 Ltd could start operating as early as next week.

Mr Johnson told CJS News: “Barry residents feel they’ve been kicked in the teeth, they don’t feel that there’s a democratic outcome to their concerns.

“The decisions made don’t follow natural justice or democracy and people feel very frustrated because they’re not able to influence major things that have an effect on them.”

NRW said it is satisfied “that appropriate measures will be in place to allow it to operate without damaging the environment or the health of local people”.

But Mr Johnson added: “Irrespective of whatever the health concerns may be, it’s certainly in the wrong location.” 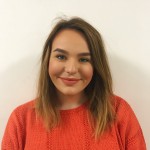