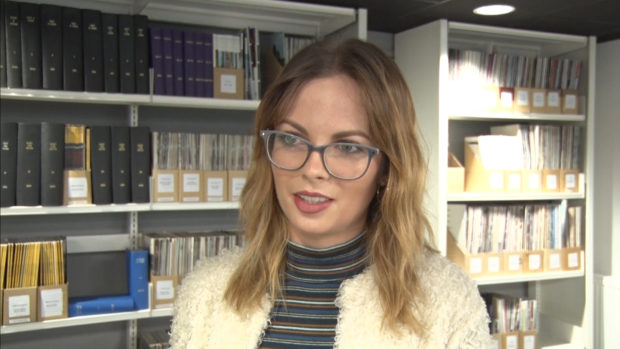 A woman from Cardiff has raised more than £20,000 to travel to Moscow in Russia for multiple sclerosis treatment.

Olivia Copner, 27, from Whitchurch in Cardiff started a JustGiving crowd funder with a target of reaching £42,000 to cover the costs of Haematopoietic Stem Cell Transplantation (HSCT) and her travel.

HSCT is an intense chemotherapy treatment that wipes out and then regrows the immune system using a person’s own stem cells.

Olivia was diagnosed with Multiple Sclerosis three and a half years ago after she woke up one day to blindness in her left eye.

For the past two years Liv has been taking injections to slow down the progression of her MS, but she says this causes her debilitating side effects and is only 20-30% effective. She believes HSCT is her only hope of halting her MS.

She will be treated at AHSCT RUSSIA, the ‘largest single experience centre in the world’, according to its website. The centre has over 10 years experience in stem cell transplantation for the treatment of autoimmune diseases, and has treated more than 800 patients.

Olivia says the main reason she’s paying for the treatment privately is because the drugs she’d have to try first in order to qualify under the NHS come with their own risks.

“Some patients were experiencing side effects that they hadn’t heard about before. I don’t really know what they are, they won’t really tell patients, which is understandable, it would put them off. But a lot of people got letters through the door that said if you’re taking this treatment, can you stop. So, I just think it’s not worth it, and if I spent a year on it or if I spent longer on it, then it’s just waiting even longer for the treatment I actually want.”

HSCT has been around for a while, but has recently resurfaced in the media after Hollywood actress Selma Blair and BBC correspondent Caroline Wyatt both documented their treatment. Following treatment patients must be isolated for around a month whilst their immune system rebuilds, and this makes travelling abroad for the treatment risky according to MS Society Cymru:

“The difficulty is, there’s no consistency in how these people are supported when they come home. It’s a very aggressive treatment, it’s involving chemotherapy, it wipes out people’s immune system. So when they come home it’s not just within the few weeks of them arriving home that they need the support, it’s months and years after that, and there’s no mechanism in Wales to make sure that people are supported.”

Phase III clinical trials of the NHS treatment in England are starting in early 2020 with a small number of people referred from Wales and Northern Ireland, but the treatment is currently unavailable in Wales.