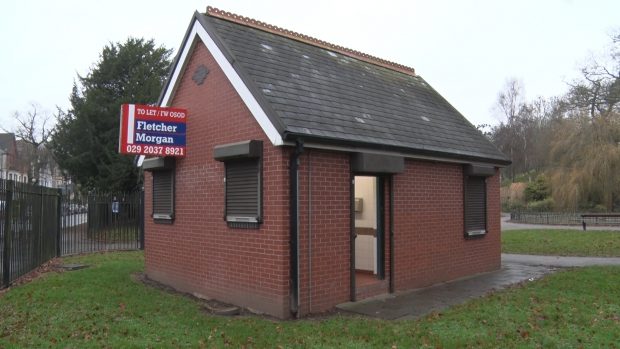 Accessibility campaigners have called for the Council to guarantee that public toilets will stay open in Thompson’s Park.

The lease on the former Rangers Hut is being renewed by Cardiff Council. But there has been no confirmation the toilets in the building will stay open to the public.

Wales Online have reported that a business has already bid to turn the hut into a café.

One Cardiff resident, Mr Simon Hillard, who has prostate cancer, says the Council “has a duty to make sure there are public toilets around”.

He says it is a “human right to be able to use a toilet when you need it”.

The building in Thompson’s Park joins a number of public toilets in Cardiff’s parks that have been re-developed in recent years.

Canton Labour Councillor Ramesh Patel says he recognises the need for public amenities and the toilets would stay open “in an ideal world”. But he blames the decision to renew the building’s lease on “severe” cuts made by the UK Government, which have forced Cardiff Council “to find ways of drawing an income of some sort”.

One option put forward by forward by Councillor Patel is to lock the public toilets in Thompson’s Park, which could then be accessed by a key from the future leaseholder of the building.

But Mr Hillard, whose condition means he often urgently needs to go to the toilet, says that going into cafés and shops to ask for keys can be “off putting”.

He also emphasised that for many people like himself, walking is the only form of exercise available, but that to go on a walk he needs to know where toilets are located.

Canton’s public toilets remain open for now, but the future of the accessibility of Thompson’s Park will be only be confirmed once the new contract is signed.