Cardiff Council has apologised to residents after failing to consult them over roadworks being carried out near their homes.

A traffic island has been removed from Thornhill Road to make way for a zebra crossing.

But residents have complained it has left them unable them cross the busy road safely.

A spokesman for Cardiff Council said failure to notify people was an “oversight”.

Resident Paula Hansen said: “As it stands there is no safe place to cross and disabled people cannot cross at all. Just not thought through.”

Neighbour Nick Clissold added: “I’m aware they are placing a crossing, which is positive. But this needs to happen in quick order.”

In a letter to Conservative councillor for Rhiwbina Jayne Cowan, the council said: “Unfortunately, due to an oversight, the local ward members and the residents living in close proximity were not notified of the works commencing on site, for which I apologise for any inconvenience caused.”

A council spokesman said the project would see the speed limit cut from 40 to 30mph and it would create a “safer environment”. 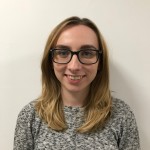