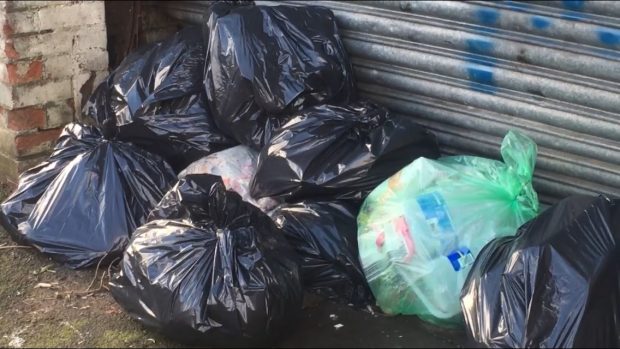 A community dance centre is calling on Cardiff Council to tackle the growing issue of fly tipping.

Rubicon Dance in Adamsdown say that waste being dumped outside their property is causing major issues.

They say the rubbish is a health concern and is costing the councilthousands of pounds to control.

The dance company’s co-ordinator, Adam Lloyd-Binding, says it’s a problem they can’t solve on their own.

“We’ve been out in the street and seen dirty nappies there, rotting food. We’ve seen rats. It’s a very unpleasant sight to see when there’s a rotting mattress there rotting outside your property. It discourages people from using our facilities and paying for classes.”

Labour councillor for Adamsdown, Owen Jones says the council are trying to tackle the issue in general, but it’s a difficult process.

“The legal process for this is very difficult. If you find the rubbish outside of their house, it doesn’t mean it’s their rubbish. You need to find something with their address in their rubbish and then we start the fining process. This is happening around the area but it’s a slow process and it’s very frustrating for local residents.”

Cardiff Council’s environmental scrutiny committee is set to discuss the issue in two weeks and have said it’s a priority for them as a city.

Some campaigners, however, say the council’s approach to the issue needs to be reconsidered.

One of those campaigners, David Clubb, says he’s so fed up about seeing rubbish in Cardiff that he’s taken to social media.

“To try and help and support people and Cardiff Council to know what’s going on, I’ve started Twitter accounts. It’s been running around three years. When submit issues of local interest, the twitter account automatically posts it.”