Allotmenteers in Birchgrove want better security after machinery was stolen from 12 sheds.

South Wales Police are now patrolling the area at night.

This comes after one allotmenteer had more than 10 items stolen, including a petrol strimmer and a pair of walking boots.

But gardeners at Birchgrove say they still felt insecure, because the allotment boundary is not entirely sealed and they want the council to address this.

They say there are gaps in the boundary which means “anyone can walk in off the street” and they think the thieves took items away using these holes in the fence.

Allotmenteer, Glyn Davies, said: ‘This was professional, because they were methodical.  They had side cutters to cut the locks on some of the sheds. They knew what they were doing.”

He added while 12 sheds had been broken into on his side of the allotment, countless more had taken place on the other side where there are another 400 plots.

Independent Councillor for Heath, Fenella Bowden, warned gardeners at Birchgrove: “If you do have expensive equipment here, it is probably best to move it as soon as possible,” and many are now known to be taking expensive items home.

Councillor Bowden said she expected there to be a full investigation by Cardiff Council in the coming weeks. 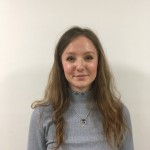