A scheme to honour influential Welsh women has seen the unveiling of the UK’s first purple plaque.

The plaque, commemorating late Labour Assembly Member Val Feld was unveiled outside the Senedd today ahead of International Women’s Day on Thursday.

The scheme was launched last year by the Labour Women’s Group in the assembly.

Crowds gathered outside the Senedd to commemorate Ms Feld, who represented Swansea East from 1999 to 2001.

Before becoming an AM, Ms Feld was Director of the Equal Opportunities Commission for Wales and Shelter Cymru.

Former AM Sue Essex worked alongside Ms Feld in the second assembly.

“She was an absolute campaigner for women in Wales,” Ms Essex said.

“What is wonderful about the launch of today’s purple plaque is that it has come at the same time we are remembering the suffragettes and how brave and committed they were,” she added.

Assembly Member for Cardiff North, Julie Morgan said: “A day like today highlights the fact that women have achieved so much in Wales but they’re not recognised and so we want purple plaques all over Wales showing what a fantastic job women have done.”

The event today was the first in a number to mark 100 years since some women won the vote in 1918 and also International Women’s Day on Thursday. 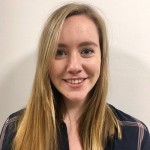