People living near an old Penarth church which may become a social housing site say there hasn’t been enough consultation.

A community group, St Paul’s Action Network, say that the St Paul’s Church on Arcot Street has not had enough input from locals.

The church is boarded up and the site has been empty for several years. It has been previously used for community dance and sports sessions, but became unsafe and was closed.

The Vale of Glamorgan Council has been asked for comment.

The proposed plan from the developers, Newydd Housing Association, went on public display on the 20 September 2017.  The redevelopment will keep the church’s original façade and includes 15 one-and-two room flats and a public space for community use.

But Kate Davies, a member of the community group, says that locals will need to have more say in how the space will be used.

“This is a facility that needs to be fit for the future, it needs to serve everybody in the area and if it’s going to work, it can only work if you’ve got proper input and insight from the people who live locally,” Ms Davies told CJS News. 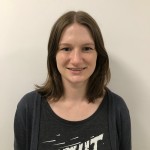 Will Climate Change mean severe flooding for Cardiff by 2050?