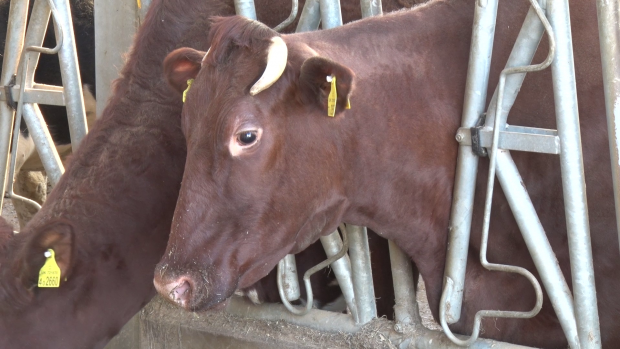 Farmers say more needs to be done to attract young people into agriculture after the low number of apprenticeship programmes on offer in the sector was revealed.

According to data published by Stats Wales about the work-based learning schemes on offer across the country in 2017-18, only one per cent of all available apprenticeships were linked to the agriculture industry, despite the sector accounting for four per cent of all Welsh employment.

Abi Reader, a dairy farmer who runs Goldlands Farm in Wenvoe, says the low number of agriculture-based apprenticeships on offer is disappointing. She told CJS News that she’d tried to recruit a number of young people as apprentices in the past, but that none of them had stayed at the farm for the long term. “It’s great to be able to offer them something like an apprenticeship because it enables us to pay for the learning and at the same time benefit. It’s really… trying to get youngsters to understand that the farming business is very different to lots of others, there can be some very unsocial hours, sometimes some quite manual work but its also really rewarding.

“It’s really important to start introducing this into schools to help youngsters understand the whole spectrum of careers there are in agriculture, not just farming.”

“We’re part of the landscape, the culture, the heritage, part of the countryside and the food they eat”.

The Welsh Government has said it will create at least 100,000 new apprenticeships for all age groups before the end of the current Welsh Assembly term in 2022, but it hasn’t been confirmed how many of these will be in the agricultural sector.