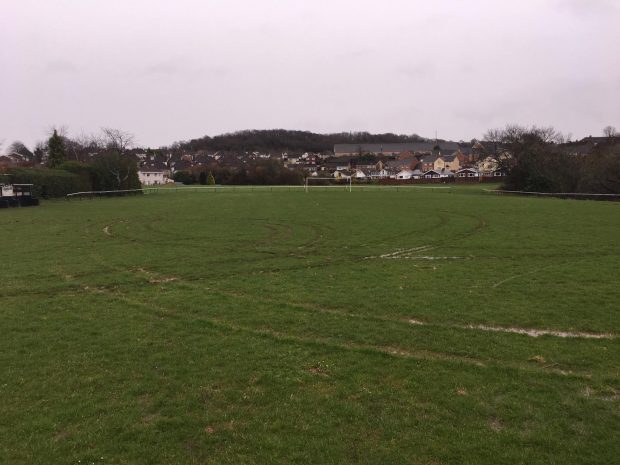 A football club in Newport are appealing for information after their pitch was damaged by vandals.

Crindau Corries AFC said they are devastated after a 4×4 vehicle drove onto their pitch in the Malpas area, leaving the grass scarred by tyre tracks.

Footage shared on social media shows the car driving across the middle of the pitch.

The club say they pay thousands of pounds a year so that local people can play football and they have little money available for repairs.

The team are currently in third place of their division in the Newport and District League and with two games in hand are hoping to secure the top spot.

They need to use the pitch for both training and matches but the recent damage has ruined any chance of them being able to use the ground.

This just got sent to me and I’m absolutely devastated what I’m watching. We pay £1000s every year so our lads can have a game of football and it’s ruined by some dick heads thinking it’s funny ripping up our pitch. Can every RT this hopefully we can catch the pricks!!! pic.twitter.com/ITTJTiPN09

This incident is the latest in a series of anti-social behaviour issues across the Newport and Cardiff area.

A spokesman for Gwent Police said they were made aware of a video on social media of a 4×4 vehicle driving on a football pitch in Malpas, Newport.

She said: “Neighbourhood Officers have viewed the footage and are working to identify those involved. Anyone with information is asked to call 101 quoting log 288 of 11/03/2019.”