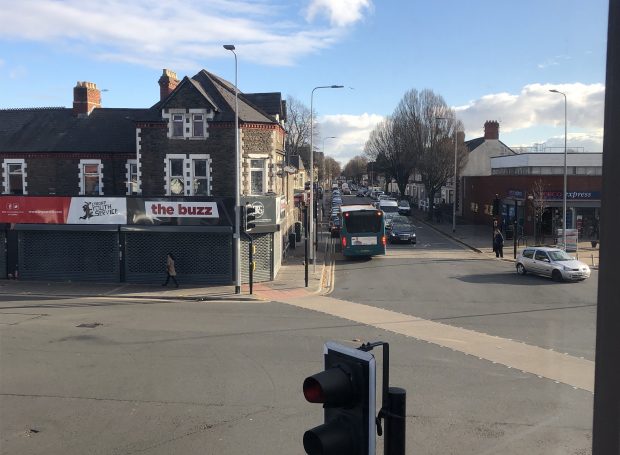 Grangtown residents say narrow pavements are a danger to children during the school run.

The junction between Penarth Road and Clare Road is in the centre of the ward, and is used daily by hundreds on foot and by car. Many believe Cardiff council has prioritised cars by widening the roads, leaving pedestrians at risk.

The council says the roads have not been widened, they just look wider after central islands were removed couple of years ago. But locals have still expressed concerns about certain areas.

The narrowest point of the pavement is at the pedestrian crossing, where many children wait to cross for school.

Nick Leney, a 45 year old father of two, says he worries about his children’s safety on a daily basis, “The pavements aren’t really wide enough for the people waiting at the crossing. I’m anxious when I cross with my children. It does make you think, I’d be better off in the car, because at least then they’d be safe.”

Mr Leney fears that the overcrowded crossing is forcing vulnerable people onto the road, and into oncoming traffic. He says these safety fears are causing many parents to take the un-eco option of the car, which is adding to city’s air pollution. Locals have contacted the council about their concerns, but feel they are being ignored.

In a statement, Cardiff council said: “Compared to other locations in the city, this junction did not rank high enough on the future programme of road safety schemes to justify being included in a bid for specific funds. Any further work that is deemed necessary will be addressed if other funding opportunities arise.”