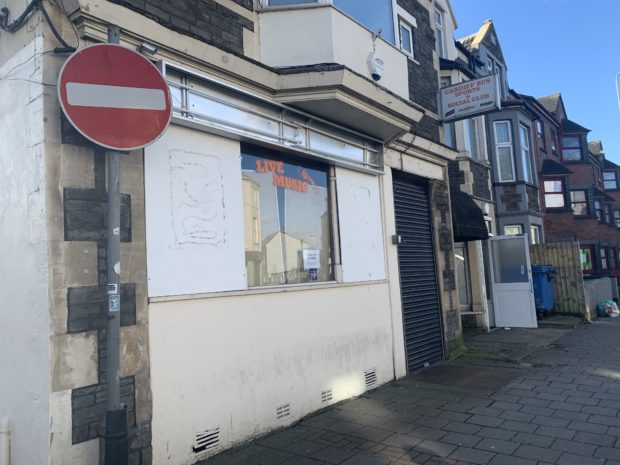 A petition that has been set up to turn Grangetown’s Transport Club into a community arts centre has collected more than 300 signatures.

The club moved to Tudor Street in 1999 and closed after Cardiff Bus’s contract to use the venue came to an end in May last year. After serving for almost one hundred years, the centre officially closed its doors on New Year’s Eve 2019.

Cardiff Council owns the building and says there are no firm plans to transform it. But petition organiser Richard Collins says he is optimistic about its future.

He told us: “the two local councillors I’ve spoken to have been really receptive to [the petition], it’s just hard to navigate local council. There’s still no firm answer in terms of what their plans are for the building.

“So, I thought in the meantime it was good just to get some public support behind it, so when I attend the next council meeting […] then I’ve got a bit more clout to bring this forward and into action”.

Cathays Community Centre is an example of what the Transport Club could become. The centre currently provides the community with a food bank and a space for young people to get involved in performing arts. The centre’s manager, Bud Harper, thinks the new space in Grangetown could greatly benefit people in the area.

He said: “one of the first things that a community centre does is it brings together the different elements of community.

Cardiff Council is holding a meeting at the end of February to discuss the best use for the space.