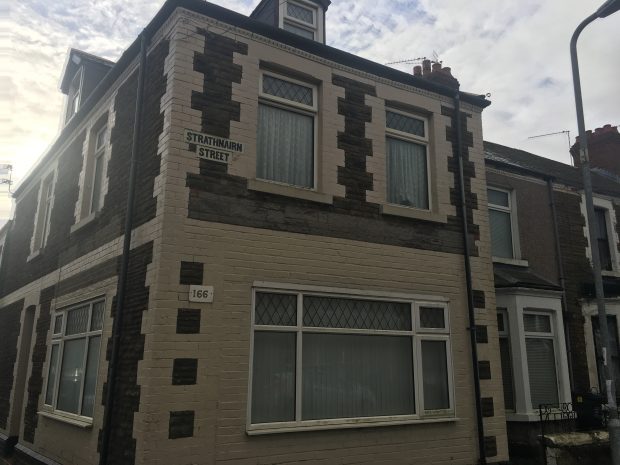 People living in Roath say they are frustrated that plans for a controversial block of flats have been re-submitted, despite previous objections.

Objecting to the plans online, Dr Joanna Tremlett,  says she has been consulted on the proposals five times and asks the Council why residents are “going round in circles”.

A planning application to demolish two family homes on the corner of Strathnairn Street and build nine new flats was submitted last year.

The plans drew widespread criticism, prompting a local petition and more than 60 objections. Local residents said they were concerned about the increase in traffic around City Road and nearby Albany Primary school, as well as the character and proposed height of the new development.

The application was withdrawn shortly after.

But new plans for ten flats on the same site have now been submitted.

Responding to the new application, local Labour councillors Peter Wong, Dan De’Ath and Mary McGarry say there is “very little substantive difference” between the new plans and previous iterations. They also question why previous objections have not been taken into consideration.

In a statement Cardiff Council confirmed the recent plans are considered “an entirely new application”. This means previous objections will not be taken into account by the Planning Committee.

Currently the new application has three online objections and a letter from councillors.

Local resident Katherine Prosser, who has objected both times, says the new application is “really sneaky” and says she came across the new proposals “by chance”.

But Cardiff Council say the new proposals have been made public with two official Site Notices which meet the requirements for planning consultations.

But, Samantha Haines, who lives on the street, says she “can’t understand” why residents haven’t been contacted about the changes, and says “the council should being notifying people” of the development.

Labour MP Jo Stevens, whose office is around the corner from the planned development, said in an email to residents that she is “aware of the new application” and will be “putting in an objection very shortly”. She also said that she’ll send out a letter to residents “to advise them of the situation”.

Residents have until Wednesday 6 February to respond to the plans.