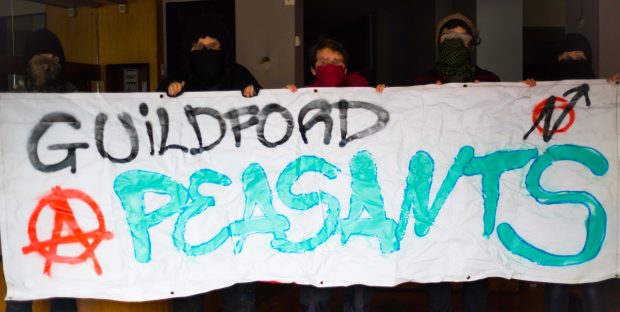 They’ve been issued with an eviction notice from the owners earlier this afternoon.

A protest group is occupying former popular music venue, Gwidhw, to stop it being demolished.

The group, called Guildford Peasants, say they want the Council to make Guildford Crescent into listed buildings, protecting them from demolition.

Guildford Crescent is the former home of The Thai House, Madeira Restaurant and Gwdihw.

The Council approved controversial plans earlier this year to knock down the Crescent to make way for a new business development, likely to be student accommodation.

The demolition was put on hold for three months after a high profile campaign in January.

The campaign, called Save Gwdihw and Guildford Crescent, had over 20,000 peoples signatures and more than 2,000 marching through the streets to show their support.

Guildford Peasants say that while they support the main campaign in January, they are not affiliated with it.

In a statement, the Guildford Peasants describe themselves as an autonomous anarchist group, saying “These buildings are part of our city’s history and heritage. To remove them without the consent of the people of Cardiff would be a travesty.”

Shwmae pawb, The Guildford Peasants // Gwerin Guildford are a group who have legally occupied the Guildford Crescent to halt any plans for demolition. 1/6#SaveGuildfordCrescent #OccupyCrescent

The group has been told by the owners that demolition will begin soon.

Guildford Peasants say their aims are “to halt any plans for demolition in the near future, and to inspire the people of Cardiff that it is possible to take control of their surroundings through direct action.” 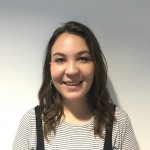