Star’s delight as Cardiff theatre and hall are safeguarded 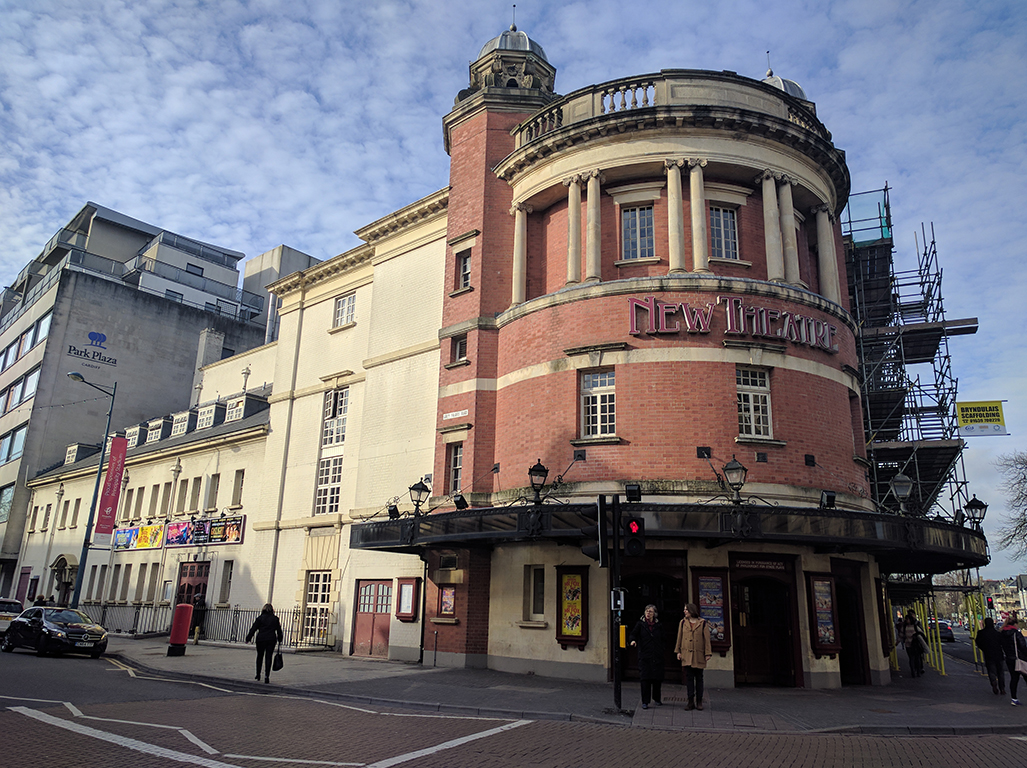 ACTOR Mike Doyle and theatre-goers have welcomed the news that the New Theatre and St David’s Hall will remain under the control of Cardiff council.

“It’s one of the most beautiful theatres in terms of intimacy and what makes it work so well is the staff and crews who love it so much. From the box office to the production crew to the ticket staff, they are the ones who make the experience so wonderful.”

Theatre-goer Val Bodden, 62, said: “I think it’s a good idea because now they will show less profitable shows that might have lost out. I thought that when the Millennium Centre came to Cardiff Bay places like this would die, so it’s a good thing that this has happened and that people are still going to shows. If you have less focus on profit and money you’re giving the smaller shows that are just as important a chance.

“We go to watch a lot of bands in St David’s Hall, so it’s great news for them too.”

The New Theatre opened in 1825, and in recent years has seen performances from Sirs Ian McKellen and Patrick Stewart, as well as Warwick Davis and Dawn French. The New Theatre will remain in the hands of the council.

St David’s Hall opened in 1982 by the Queen Mother. The venue is the home of the Welsh Proms and the Cardiff Philharmonic Orchestra, and includes open foyers which host regular free performances.

Caroline Green, director and chair of the Cardiff Philharmonic Orchestra, said: “We’re delighted to hear that the future of St David’s Hall has been secured. It’s a super hall to perform in and as we are regularly getting audiences of over 800 people, it’s the only concert hall in the Cardiff area that is large enough to hold the orchestra and the audience. We look forward to performing many more concerts in our home city.”

The decision to end the external bidding process on both the New Theatre and St David’s Hall was taken by the council cabinet yesterday. The venues had been the subject of bids since 2014.

The two venues will now stay under the control of the council as part of a three phase plan which aims to slash subsidy costs for the taxpayer from £2 million a year to £1.2 million. To achieve this, 11 jobs will be lost across the two venues as a single staffing team is created.

Coun Bob Derbyshire, Labour councillor for Rumney and cabinet member for the environment said: “What’s important is that we make the right decision and I’m confident that this is the right decision. It also gives some assurance to the staff who have faced uncertainty during this time.”

One option which is being explored is the creation of a “not for profit” trust, which could allow the council to retain interest in the venues while attracting the further capital investment needed to carry out major refurbishments and repairs at both sites.

Peter Bradbury, Labour councillor for Caerau and cabinet member for community development, co-operatives and social enterprise said: “External bidders are able to keep their costs down in a way that we are not, therefore they can bid lower to keep their overheads down. But we are still competing favourably.

“The building was subsidised five years ago by £3 million. This has gone down exponentially.

“The city council will retain full control over the buildings, the pricing, programming, marketing and the development potential that these buildings have. There are challenges though. There is a significant maintenance backlog on both buildings and St David’s hall is in need of modernisation.

“We want to control the agenda so that we can keep the programmes that aren’t necessarily profitable but that are massively important to the cultural fabric of the city. This is about securing a long term future and having a strong plan proves how we are going to do this.”

Coun Susan Elsmore, Labour councillor for Canton and cabinet member for Health, Housing and Wellbeing said: “It’s interesting that where we are is not where we began but for me I’m really, really delighted because this recognises the importance of these two important cultural venues to us and to the city of Cardiff. This is indeed part of the theme of putting Cardiff on the map culturally.”