THE campaign for a directly elected Cardiff mayor kicked off in the city centre this afternoon.

‘Mayor4Cardiff’ is looking to gain the 24,647 signatures they require to force the council to hold a referendum on the city having an elected mayor.

The mayor would not be a councillor although he or she would be governed by the same rules of conduct.

Manchester, Bristol, and most notably London, have all introduced directly elected mayors in recent years, and campaigners in Cardiff believe those cities are reaping the benefits.

The campaign is headed by Daran Hill, who was involved in both the 1997 and 2011 devolution campaigns.

On a cold afternoon in the city centre, the campaigners were out in force with clipboards looking to begin their quest for the thousands of signatures they need.

Independent councillor for Heath, Fenella Bowden, who was on Queen Street this afternoon canvassing for support, said: “Bristol is a great example of where this system can work. When you look at London too – it’s clear to see the benefit of the elected mayor in terms of brining business and infrastructure to the city.”

Election law states that local authorities must open the window for collecting signatures every five years, and the campaigners are keen to seize their chance.

The number of signatures needed is calculated as 10% of the population of a city – hence the specific number for Cardiff.

The campaign in Cardiff has gained support from across the political spectrum as Conservative councillor Jayne Cowan has shown her support in addition to Plaid Cymru.

Those launching the campaign today were quick to offer multiple benefits of the directly elected mayor option.

“The great thing about this would be that the mayor would be able to chose his cabinet from all parties across the chamber and utilise all the skills and expertise we have far better than currently,” Cllr Bowden said.

Cllr Cowan pointed the finger at the current council’s cabinet, saying: “This current leadership is not fit for purpose and the current cabinet is the worst cohort I have seen in my 16 years at Cardiff Council.”

Despite being early days in the campaign, the public appeared to be open and engaged with the idea of holding a referendum.

Sian Michaels, 32, from Radyr, said: “This is a great idea. I think a directly elected mayor would make them far more accountable. It would be nice to have a more obvious impact on the leadership of the city.”

Cardiff North MP Craig Williams is leading the Conservative support of the petition.

“I’m delighted to be the first MP or AM to openly endorse the campaign in Cardiff. I know the huge benefits direct democracy can bring. If Cardiff doesn’t keep up with the other big urban centres across the UK we won’t be in a position of strength either economically or politically, and that worries me.”

As with all political issues, this campaign has also come in for some criticism.

Cardiff North Labour AM Julie Morgan is sceptical about the idea.

“It’s a difficult, complicated, expensive way of going about getting a mayor, and there are no proven benefits. I’m a great believer in collective responsibility from whatever party may be in power, and I think with an elected mayor you do get the power concentrated in one person,” Ms Morgan said.

But the campaign has made clear that they believe Cardiff will be left behind as a second rate city without a directly elected mayor.

Cllr Bowden said: “We’re already at a disadvantage being across the Severn bridge – people have to pay just to get into the country. Cardiff needs more energy and more vitality, and this referendum will help the city to achieve that.”

Roy Edwards, 64, from Canton, said: “I’ve moved here from Bristol and we had a directly elected mayor there. I would be fully behind this petition as I think Cardiff could benefit in the upsurge of business that Bristol has seen over the past few years.”

All those campaigning today were confident of achieving the required signatures. People being asked to sign were reminded that they were not committing to having a directly elected mayor, but simply a chance to make the choice.

If the petition achieves its signature target, the resulting referendum would be expected to take place within six to 12 months.

What are you thoughts on Cardiff having a directly elected mayor? Let us know via twitter @cardiffian_news 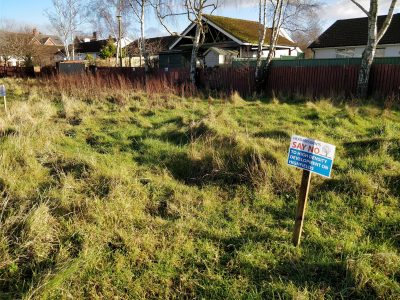 Housing plan expected to go ahead despite “scaremongering” residents’ campaign 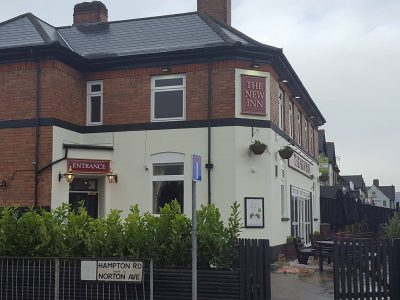