Home > Uncategorized > In or out? Our tips on how to win the EU referendum

In or out? Our tips on how to win the EU referendum

IT is hard not to notice there will be a vote on the EU pretty soon.

Wales receives between €653 million and €747 million from the EU every year but opinion is divided across the country with UKIP on course to get its first ever Welsh Assembly seats in May.

The EU referendum will take place on June 23

For Eurosceptics this is the moment they have been waiting for. Before the ink was dry on the Maastricht Treaty (the document that created the EU we know and love/hate today) they have pushed for a referendum. To them, this is a chance for the UK to shrug of the shackles of unelected tyranny, save billions and keep our bananas the shape we want.

For Europhiles this is mortal threat to our very existence that must be resisted at all costs. The “Little Englanders” must not be allowed to drag us away from the continent into a splendid isolation. If we leave we will lose trade, influence and a seat at the table.

For both sides, just shouting as loud as possible will not be enough. To win they need to think clever. So what do the Brexit and Bremain camps need to do to win? Below is a step by step guide on how to win the referendum.

Frame the debate in history

Framing this vote in a historical context is going to be absolutely essential to both the camps.

Paint a positive picture of the future.

There is a reason the SNP nearly got an independent Scotland when before the referendum no one gave them a chance. They ran a positive campaign. Both sides can’t just deride the opposition. They have to sell their vision.

The world is getting smaller. Chinese steel production has the power to cause redundancies in Port Talbot. This globalisation presents a golden opportunity for both sides to further their cause. 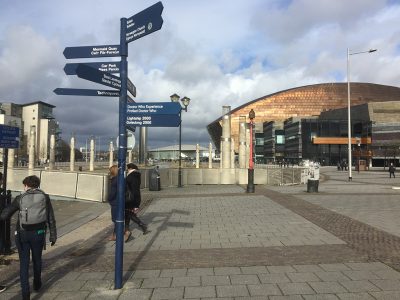