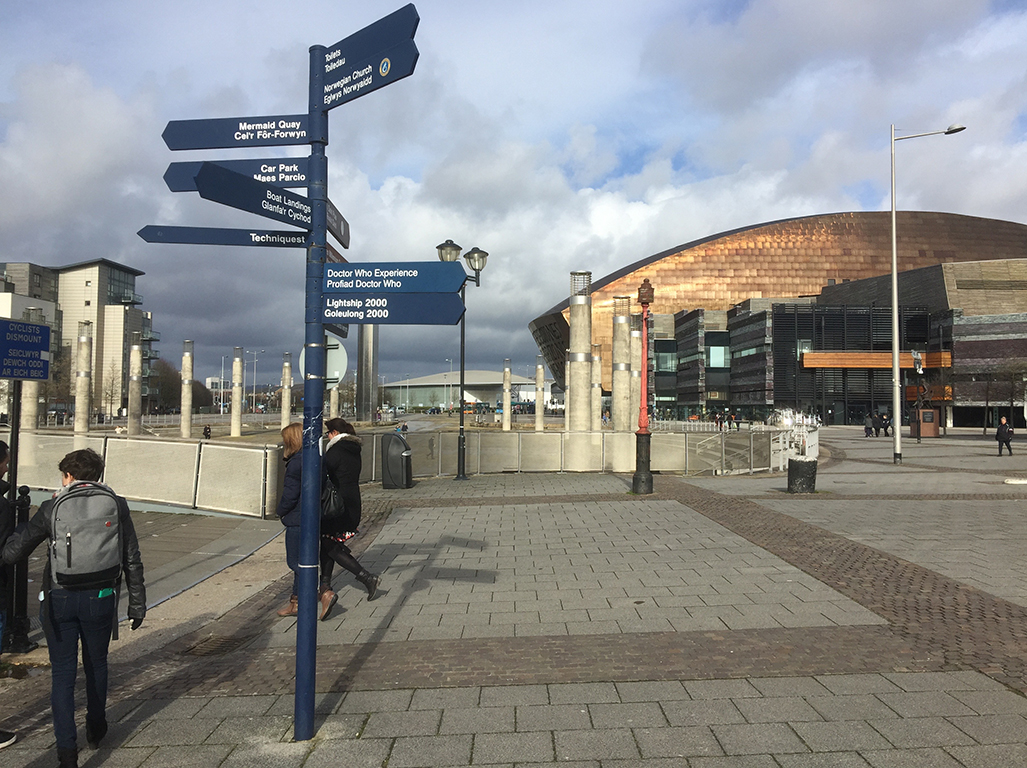 CARDIFF council must develop an “international strategy” to deal with the impact of Brexit on tourism and attract more visitors to the city.

Council leader Phil Bale set out his economic development plans for the next two years at a meeting at City Hall last night, during which cabinet members considered their priorities before presenting the budget for approval at a full council meeting next Thursday.

Coun Bale expressed concerns over the effect on the administration’s finances of leaving the EU during the council’s economy and culture scrutiny committee.

“There is a worry here with the complexity of the Brexit process. The impact on tourism will directly impact on our income,” said Coun Bale, leader of the Labour group.

The council’s corporate plan, which sets out the administration’s key priorities, commits to developing “a revised international strategy for Cardiff in 2017-18 reflecting implications and opportunities from last year’s referendum decision for the UK to leave the EU”.

It also pledges to implement a “tourism strategy with a view to attracting more visitors to the city who stay longer and spend more by March 2018”.

According to the most up-to-date figures from the council, 20.5 million people visited Cardiff from 2015 to 2016, although this includes people from all countries, not just within the EU. The target for 2017 to 2018 is a three per cent increase on the previous year.

Welsh government data from 2014 showed tourism in Cardiff supported over 24,400 jobs in 1,455 businesses, representing 11 per cent of total employment. Overall employment in the sector increased over the previous 10 years. The latest data by Visit Wales, taken from the International Passenger Survey 2010-2014, says there was an average of 291,000 international visits to Cardiff per year and an average annual spend of £111 million.

About half of these visitors came from EU countries, with 16 per cent coming from France and eight per cent from Germany and Ireland respectively. The countries of origin of visitors to Cardiff credit: Visit Wales

Adrian Barsby, chairman of the Wales Tourism Alliance, said: “I think the risks are in terms of the workforce. There are workers in the tourism economy that are from the EU. On the whole it is somewhere between 20 to 25 per cent of the work force, so if they start to feel that there is no long-term career prospects, they will go home.

“If as a country we are perceived not to be welcoming that message will go home and that could be harmful. For the government it is important to keep the message flowing that we are a friendly nation and then certainly for the foreseeable future it will be great value to visit.”

Business owners and tourism sector workers in Cardiff Bay seemed largely positive about the prospects for the future.

Karen Jones, 43, manager of Fabulous Welshcakes said: “I think Cardiff is thriving at the moment with businesses opening up, especially national chains. I don’t foresee it [Brexit] having an effect in Cardiff as in the other cities. Cardiff has a lot to offer and I don’t think that will change unless it becomes more expensive to come here.” Karen Jones, manager of Fabulous Welshcakes, thinks the future is bright for tourism in Cardiff.

Tony Caley-Burnell, 52, manager of the Norwegian Church said: “Personally I voted to remain because I think the funding that Wales received overall for major schemes has been fantastic. However, we voted to come out. In terms of business here, I will be honest with you, year on year from July last year to now our income is up.”

Rebecca Griffiths, 28, owner of Zia boutique said: “I am not sure because you cannot predict what’s going to happen but because of the change in the exchange rate it could bring more tourists here.” Cardiff Bay is one of the city’s main tourist areas.

Financial reports show no sign of the value of the pound recovering since its slump after the EU referendum, making it cheaper for tourists to visit.

Mr Barsby said: “The change in the value of the pound has benefitted Wales. I think it is possible that it could be positive in terms of tourist numbers.

“Making any kind of forecast is always risky but I think on the positive side Brexit does give an opportunity to the country as a whole to look at structures between the business community and government in general.

“We are engaging with members to find out what level of support they would like to see from government with things like the amount of money available for marketing and product development.

Conservative councillor Rod McKerlich, of Radyr and Morganstown said: “There are so many current predictions about the impact of Brexit, to make more is to give astrology the appearance of a respectable science.”

He added: “On the whole you would have thought that the impact of Brexit would have been favourable for the tourism sector.”

brexit, budget, cardiff council, EU Referendum
You may also like