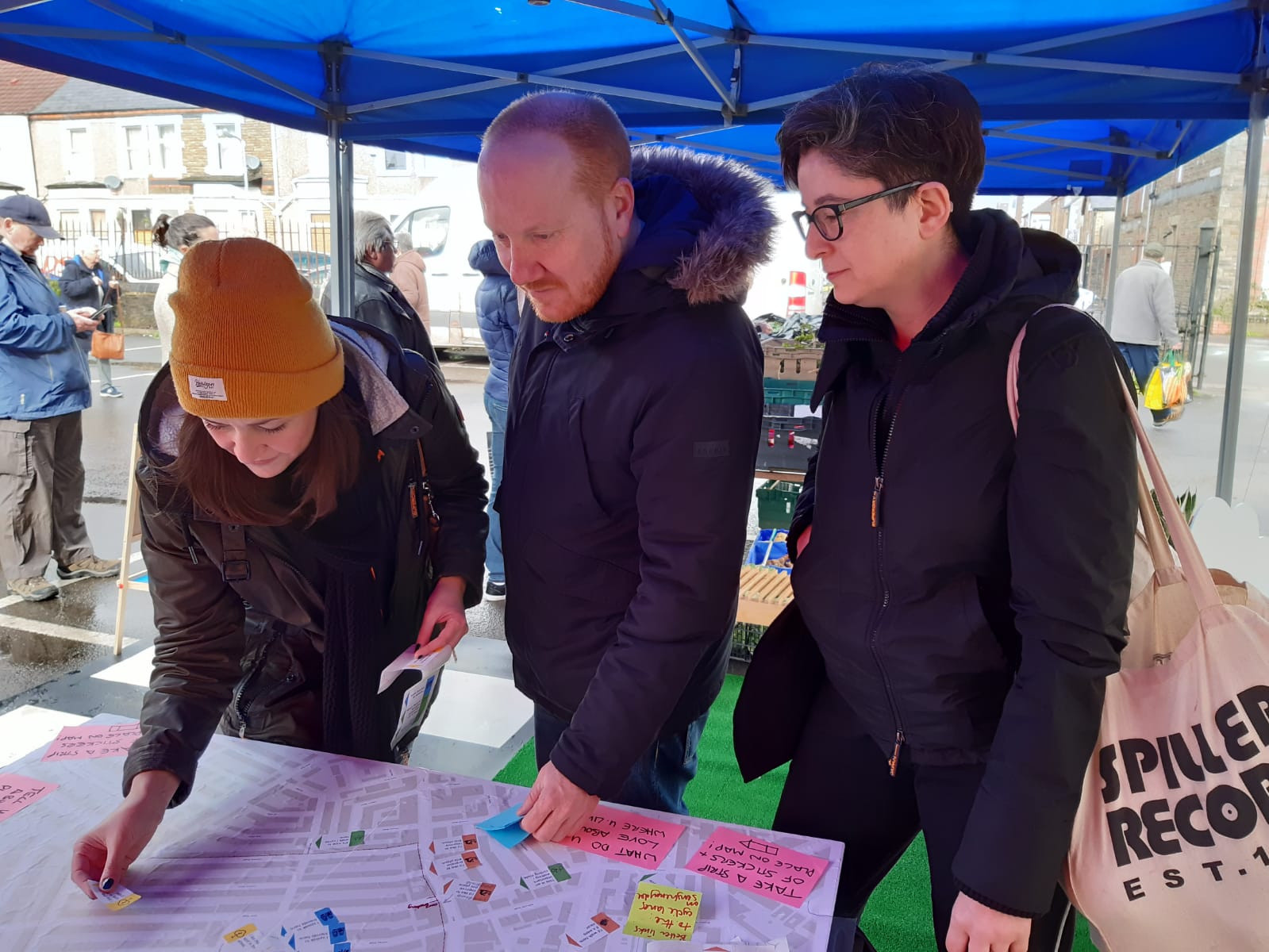 ROATH residents have been asked how they would improve their streets – with a focus on their physical, mental and social wellbeing.

Commissioned by Cardiff Council, the charity Living Streets is consulting residents about what changes they would like to see, focusing on the Plasnewydd area in Roath.

“We want to identify the things that are important to people’s health and wellbeing, so we’re looking at how people move around the area – where they walk and cycle, where they would like to walk and cycle, whether there’s enough greenery in the area,” said Rhiannon Hardiman, Wales manager of Living Streets.

Key parts of this have been holding street audits and listening to residents’ opinions at drop-in events.

The measures the charity suggests include more nature, benches and areas to play in.

They also showcased a parklet – a parking space turned into a small park – to drop-in visitors.

“They’ve been giving us some specific things that they would like to see in the area,” she said.

“For example, places for children to play, trees and nature, and improvements to particular spots.”

Living Streets, a charity that champions walking in everyday life, said in a report that streets aren’t designed for walking.

The charity was commissioned by Cardiff Council to audit areas around Cardiff, including Plasnewydd, Butetown and Riverside, and is helping residents form local groups.

The scheme is part of Cardiff’s Transport White Paper, which established a ten-year plan for transport in the city and proposed measures such as a congestion charge.

Mark Drane, a design researcher and practitioner and director of Urban Habitats, said that strong communities could help tackle different illnesses such as mental health issues.

The area the charity is studying is mostly residential but includes the Mackintosh Centre, which hosts a weekly market, and the Gate Arts Centre.

“A lot of people say they come [to the market] every week,” Ms Hardiman said.

“It’s access to good, healthy food and it’s a meeting space for people to come here.

“There’s a nice table in the middle people who know each other come and sit down, and a lot of people that are here will have walked here, which is something else we would really encourage.

“We need more of these, really.”

She said that residents they spoke to ranged included families, students older residents, and that feedback on the streets as they are now was mostly positive.