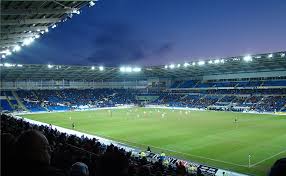 MANAGER Neil Warnock has warned his players not to underestimate their opponents as Cardiff City prepare to face Rotherham United, the Championship’s bottom club.

Following their dramatic 4-3 victory over Derby County and the 2-0 win away at 5th placed Leeds United, some Cardiff City fans are dreaming of a late play-off push.

Warnock, however, is concerned with the reality of facing Rotherham, the club he saved from relegation last season.

In a press conference today he said: “You can’t really win tomorrow because everyone expects us to win. I said to the lads that Saturday’s game will be harder than the last two we’ve had.”

The manager also believes that Rotherham’s players will have extra motivation for the game.

He said: “It’ll be hard and the Rotherham players will want to show me what they can do. They were fantastic for me.”

The Bluebirds go into the game with confidence, having won three of their last four games. Their last two wins, against promotion contenders, have added to this confidence with Warnock admitting he now has greater faith in his methods.

Cardiff have doubts over the fitness of captain Sean Morrison and fellow defender Greg Halford ahead of the game. Striker Rickie Lambert is a more serious doubt, with his back problems not allowing him to train with the team.

Left-back Declan John also remains unlikely to play. The 21 year old came on briefly against Derby County but hasn’t started a game for the Bluebirds since October. Though the defender is popular with Cardiff fans, manager Warnock remains unconvinced.

He said: “There’s a lot of ability in there, I’ve not seen enough drive to warrant him coming into the team.”

Rotherham go into the game with the worst record in the Championship. Having lost 23 of the 32 games they’ve played this season, they sit in last place, 12 points behind Blackburn Rovers and Wigan Athletic, the two other teams in the relegation zone.

What makes matters worse for the Millers is that Tom Adeyemi and Semi Ajayi, their goalscorers in their last game against Huddersfield Town, are both ineligible for Saturday’s game as they are on loan from Cardiff. Football league rules prevent on-loan players from playing against their parent club.

The last game between the two sides was a close contest, with Cardiff coming back from a goal down to win 2-1. Referring to his experience with them last year, Warnock was respectful of the Millers.

He said: “It was a superhuman effort and it’s one of the best achievements in my career with how the situation was.”

At the press conference Warnock also talked about his future at the club, giving the strongest indication yet that he wants to stay with the Bluebirds. Talking about his success with the club so far, he praised  the Cardiff fans.

He said: “It’s nice to be wanted. The biggest thing coming here was the Cardiff fans and the reaction to the thought of me taking over. It would have to be something extreme, something I’ve not thought about, to take me away from that.”