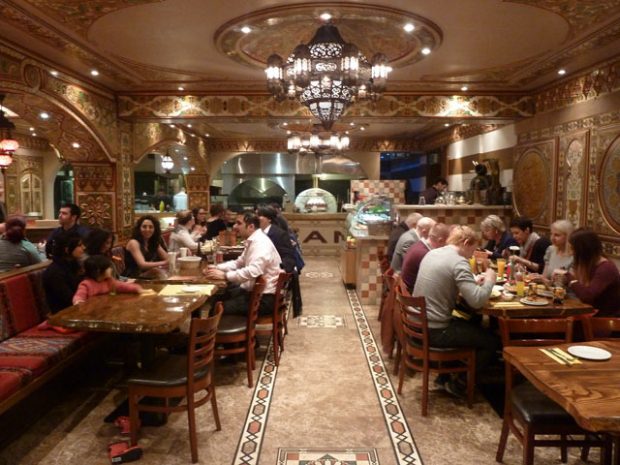 A WELL-LOVED restaurant on City Road will not be demolished any time soon to make way for student accommodation.

Shaam Nights is a Syrian restaurant with a highly decorative interior which has been running for five years. The interior of the restaurant has a very Arabic feel. Photo: Shaam Nights

The owner of the leasehold on the restaurant, Dr Yehya Dadam said: “After consulting my solicitor, I still have at least 13 years left on my lease so it is none of my concern what planning applications are submitted at the moment.”

The building of more private student accommodation in Cardiff is controversial for the amount of it and because it is often more expensive than most university-owned halls.

Heath and Birchgrove councillor Fenella Bowden said: “There is so much student accommodation being built that it has surely reached saturation point?

“I think Cardiff faces the prospect of empty student flats while at the same time we have a serious housing need.”

On the other hand, Plasnewydd councillor Sue Lent, thinks blocks of student flats are the lesser of two evils.

She said: “It’s a bit of a balancing act. Having more student accommodation is preferable to having too many houses occupied by students in the area.

“Elderly people become isolated when students occupy so many of the houses in the streets. They only stay one year and even if they don’t make a lot of noise and leave their rubbish on the streets, they are not the best for the community.”

“It’s also a shame that building student accommodation that will only be used for roughly 27 weeks of the year takes priority over building housing that will be used all year round.

“The increasing appearance of this type of eyesore accommodation will slowly but surely eat away at Cardiff’s distinctive character”.

Nick Dunn, from Cathays, said: “Demolishing the restaurant to make way for yet more student accommodation would erode the vibrant character of City Road and forces a homogenisation of aesthetic and culture that Cardiff doesn’t need.

“Cities have their own identity and building flats risks eroding and destroying Cardiff’s own unique cultural identity.”