Brexit a scary time for our industry, say creative workers 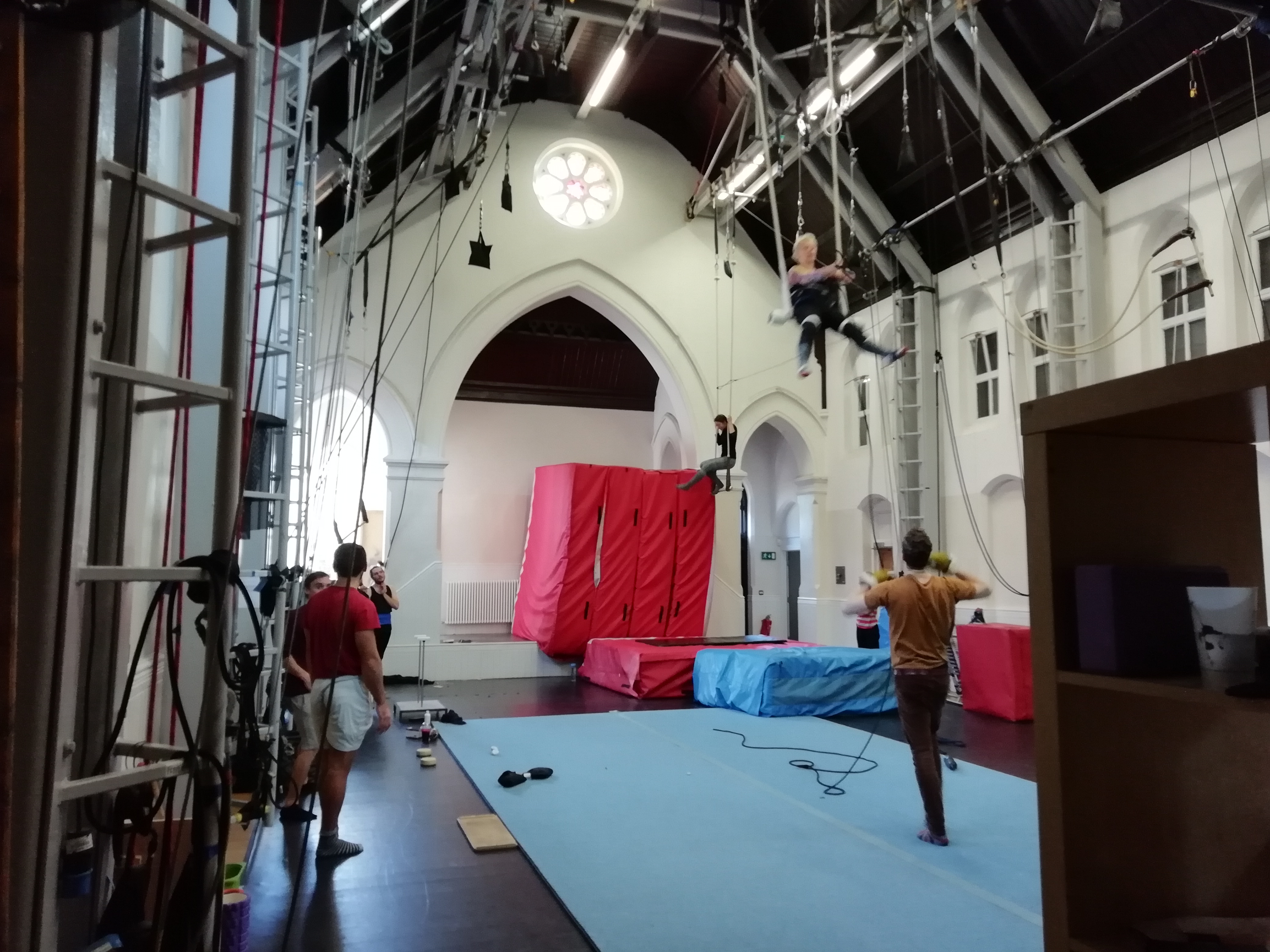 BREXIT may damage Adamsdown’s creatives as international touring costs and work spaces in the community could  become harder to afford.

“It is a scary time for the creative industries,” said Bethany Touhig-Gamble, head of development at NoFitState circus.

NoFitState and Rubicon Dance want to expand but the uncertainty of Brexit is hindering growth and making it harder to maintain their current positions.

Miss Touhig-Gamble said: “We tour internationally, so we are very aware of the additional costs that come with being outside Europe. There are visa costs, health insurance costs not to mention the physicality of travelling.

“With Brexit coming we are having to plan hard and fast for those costs for touring in Europe, because we are planning for a hard Brexit, that’s the only way we are likely to survive anything.”

In the year that celebrated 250 years since the invention of “modern circus”, NoFitState toured Australia and South Korea with their  #LEXICON and #BLOCK shows after a summer in Avignon. NoFitState Circus, of Four Elms Road, is at risk of added touring costs as the uncertainty of Brexit grows.

Mrs Touhig-Gamble added, “All our budget planning for European touring are having to take into account those additional costs for the things that happen outside the EU. Our touring budgets are going up, our capacity is reduced, our potential to make profits while we are touring goes down and international touring is what sustains the company.

“Without it we don’t survive, we don’t exist as a company, so there is a real worry for us that touring the EU will become as expensive as touring to New York or to Australia or somewhere outside the EU.

Rubicon Dance, which was recently selected to redevelop Roath Library as a community asset transfer, is trying to raise funds to cover what is expected to be a £2 million renovation of the old community hub.

Please RT: We need backers!! In order to SAVE this iconic building and open Rubicon Dance Library, we need to show that we have the community’s support! VOTE for Rubicon Dance Library now: https://t.co/Dk2rdp49CH … #charity #fundraising #cardiff #roath #renovation pic.twitter.com/ZXqTRQOQbw

Centre co-ordinator, Adam Lloyd-Binding, said: “If people’s income generally falls, if the country becomes poorer then people are going to have less spare money to spend on the arts.

“Interestingly in this neighbourhood there is a big diverse mix of people who live around here, I think it could mean that people don’t live here anymore. I think that people might give up living in Britain. I can see the neighbourhoods in some degree shrinking.

“I think it’s a dreadful thing. I think the likelihood is it will be a negative impact, but we’ve got to find a way of working through that and presenting positive things for people to do and still make it affordable.”

The redevelopment is not expected to be complete until September 2020, 18 months after the March 2019 deadline for leaving the EU.